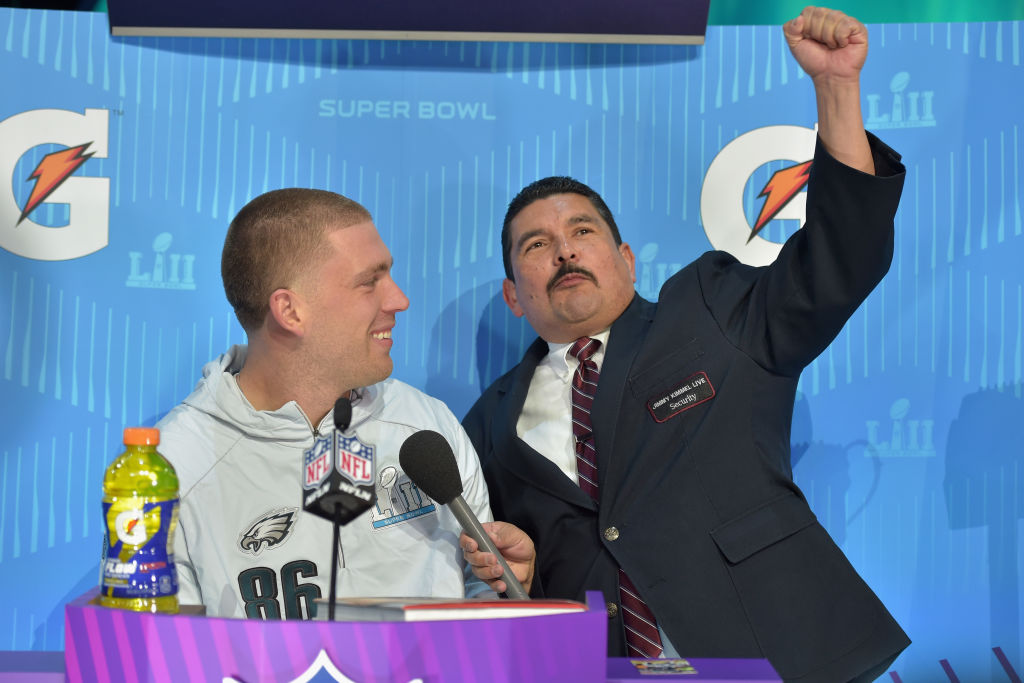 The talk show personality was among the hoards of reporters present at Super Bowl Media Night on Monday where he stole the show with one of the funniest questions you’ll ever hear in such a setting.

Guillermo was lucky enough to get a question in with Philadelphia Eagles cornerback Jalen Mills and just couldn’t resist asking whether or not he’s ever smoked a blunt with LeGarrette Blount.

‘Do you ever smoke Blount?’

The entire exchange was incredible, but that was only one of the highlights of Guillermo’s Median Night appearance. He also got a question in with New England Patriots head coach Bill Belichick and quarterback Tom Brady, each of which were entertaining in their own right.

Bill Belichick doesn’t have much to say to @IAMGUILLERMO pic.twitter.com/UOAHgolWyh

Jimmy Kimmel sent Guillermo to the #SuperBowl again and Tom Brady was absolutely loving it. pic.twitter.com/D8AbqUNuVs

That’s it. The search to replace Jon Gruden is over, everybody. Get Guillermo Rodriguez on “Monday Night Football” and call if a day. This guy is the football personality we’ve been waiting for all along.