Sarah Sanders was giving a preview of the State of the Union to “Fox & Friends” Wednesday when she was asked an unexpected question: What is this bottle of whiskey in your office?

“We saw a bottle of whiskey, which you might need,” Fox host Steve Doocy said, to which Sanders replied “I like to remind everybody that was a sealed bottle and has not been opened,” before adding that her “dad might be watching.”

The specific bottle of whiskey in Sanders’ office is “Warrior Whiskey.”

This whiskey is made by a Navy SEAL veteran and a portion of the proceeds go to veteran charities. The White House confirmed to The Daily Caller that Sanders displays the bottle in her office to support veterans.

Steamboat Whiskey Company Founder and Head Distiller Nathan Newhall is a former U. S. Navy SEAL. Nathan wanted to give back to veterans in a meaningful way so he developed Warrior Whiskey as a military tribute product. A portion of the proceeds from the sale of Warrior Whiskey go directly to vetted U.S. veteran support organizations so they may continue the important work helping America’s fighting heroes.  This quarter we are donating to the Navy Seal Fund.

The whiskey company has donated tens of thousands to the Navy SEAL fund.

On the company website,  there is a picture of Donald Trump receiving a bottle of Warrior Whiskey from a military aide who served with the owners of Warrior Whiskey. According to Sanders, “POTUS has is 45th bottle made.”

The caption on the photo said:

Regardless of your political views, it’s always great to see the President support veterans with our Warrior Whiskey. Drink for a cause! 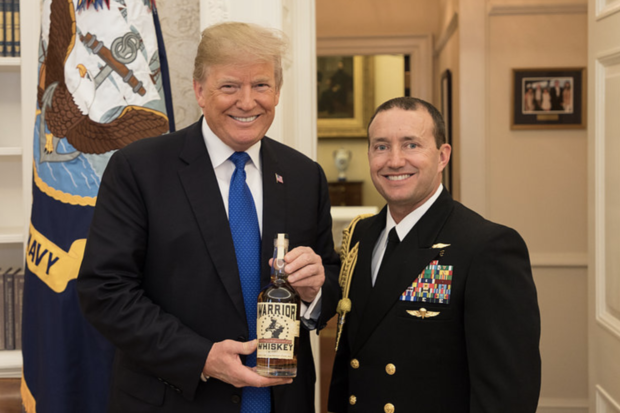 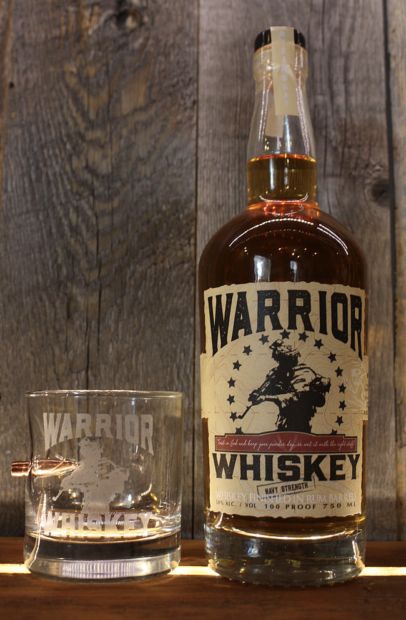 Since the president does not partake himself, it makes sense that the bottle would pass down to the person who next needs it most.