Tom Brady isn’t even thinking about retirement yet. It’s so far out of his mind, in fact, that he doesn’t even know why people keep asking him about it.

Brady fielded yet another question about retiring from a reporter this week and laughed before asking him a question of his own. (SLIDESHOW; The New England Patriots Trump The Philadelphia Eagles When It Comes To WAGs)

“Why does everyone want me to retire so bad? I don’t get it,” he responded with some laughs from the crowd. “I’m having fun, my team’s doing good. You know I’m older than most of the other guys but I’m really enjoying it.”

Brady then redirected the conversation to focus on the big game ahead, which he has made it to time and time again while leading the New England Patriots. (RELATED: Gisele Can’t Even Convince Tom Brady To Hang It Up)

“I obviously enjoy the experience of playing in this game. This has obviously been a dream come true many times over. You know, it takes a lot of work to get here and our team I think is working hard. We had a good practice today, we’re going to need a couple more good ones,” he added. “I’m not thinking about retirement. I’m thinking about the Super Bowl and trying to win the most important game of the year and it’s going to take a lot to do it.” 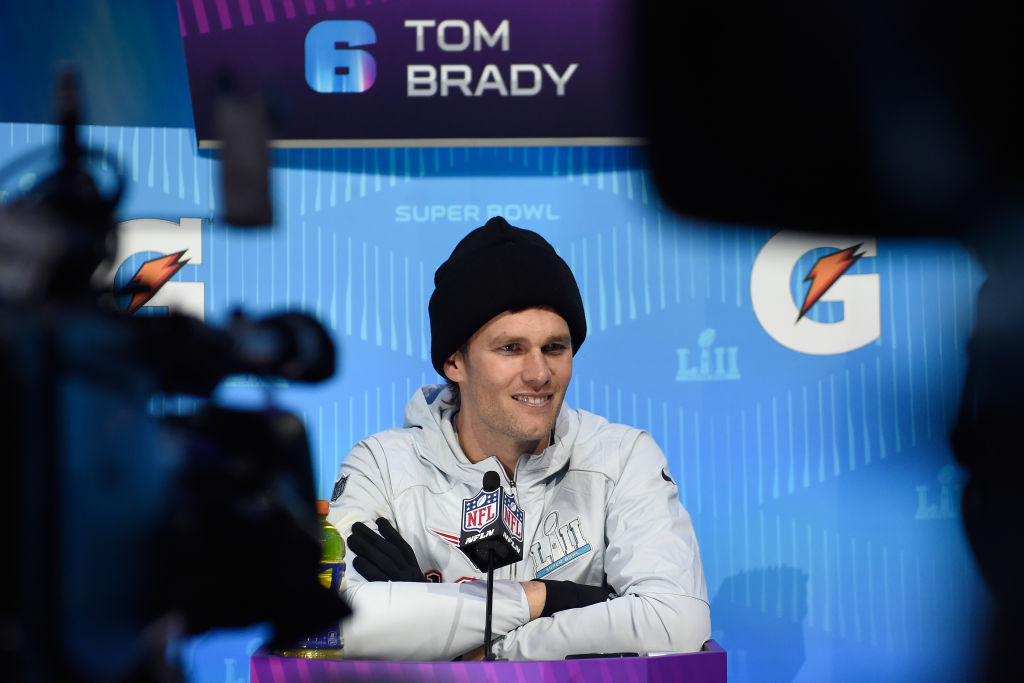 That mentality is part of the reason that Brady is the greatest quarterback to ever play the game. And despite the fact that opposing teams, reporters, fans and his own wife want him to retire, that desire to win and succeed is what’s keeping him going.