A pro-life display at a Catholic university in Kentucky was vandalized Monday in a display of intolerance that has been seen at colleges across the country.

The Catholic Students Association at Bellarmine University in Louisville, K.Y., put up 50 blue and pink crosses as well as several signs to express their support of life, calling their display the “Cemetery of the Innocents,” students told The Daily Caller News Foundation. 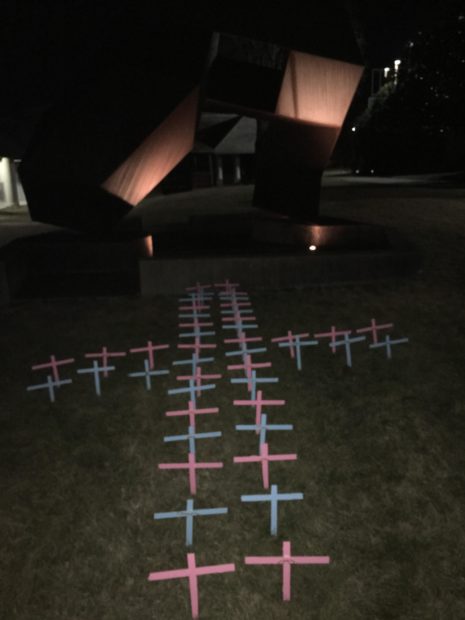 Vandals plucked the crosses out the ground, leaving them strewn across the lawn and wrote pro-abortion messages all over the signs, photos sent to TheDCNF show. The messages included, “Support Planned Parenthood” and “Abortion is legal and an unalienable right in all 50 states” on the signs. 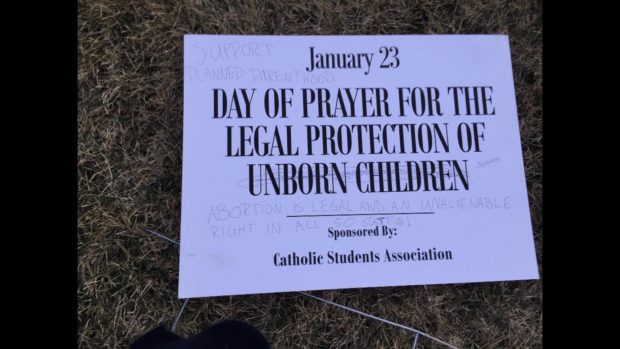 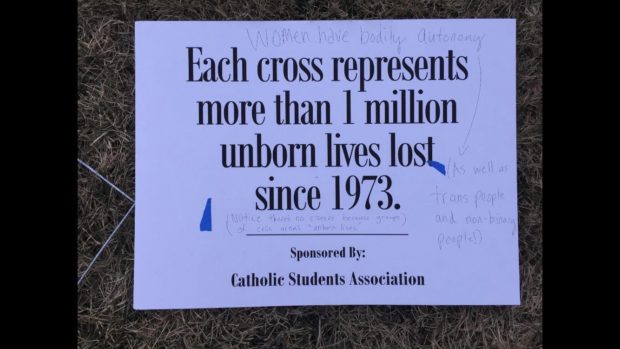 The students who tore down the sign bragged about it on social media, one student wrote on Facebook, “Christians can have their crosses back when they learn what it stands for.” 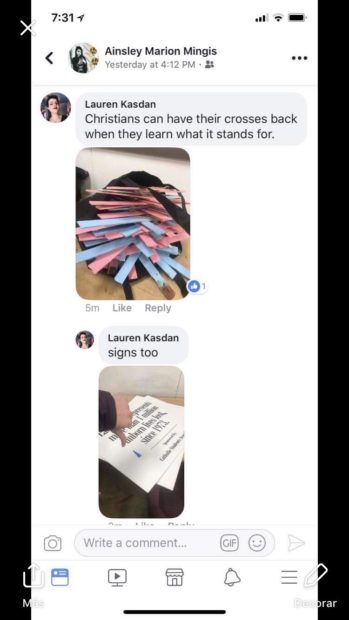 Another student wrote “My school is stupid for allowing people to put up crosses for aborted fetuses. Quit demonizing women wanting to put themselves first,” on Facebook. 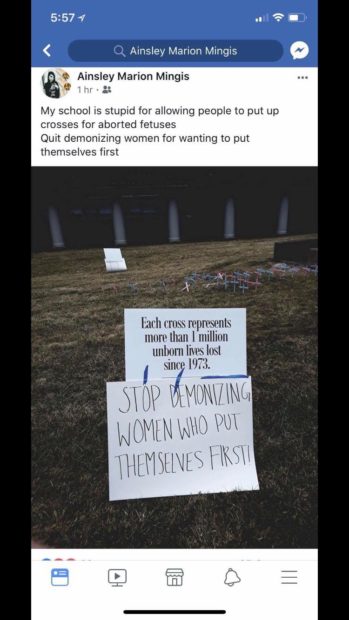 “The attack is another example of the hostility on college campuses to free-speech, especially those of pro-lifers. The situation has gotten so bad that Students for Life has started tracking vandalizations against pro-life displays on high school and college campuses,” Students for Life of America president, Kristan Hawkins, told TheDCNF in an email condemning the attack.

“Nevertheless, pro-life students are resilient and will not let this dissuade them from continuing their life-saving work. The students who vandalized the displays should be ashamed of themselves and the university should take swift action against them,” Hawkins added.

A pro-life display at the College of William & Mary was also recently torn down.

“We found most of the signs torn up in the closest trash can,” Katherine Beck, the display’s organizer and Advocates for Life president, told the National Review. “There were a couple on the ground and one broken in half, but other than that they were gone,” she added, explaining that all of the sticks had been pulled out of the ground. (RELATED: Another College’s Pro-Life Group Sees Its Signs Vandalized)

Pro-abortion students at the University of Florida also recently stole pro-life signs and erased pro-life messages two days before the former U.S. treasurer under Ronald Reagan gave a speech at the school addressing the intolerance of pro-choice advocates.