The Philadelphia Eagles won their first Super Bowl in franchise history against the New England Patriots on Sunday night and their fans back home seemed dead-set on burning the city to the ground afterwards. 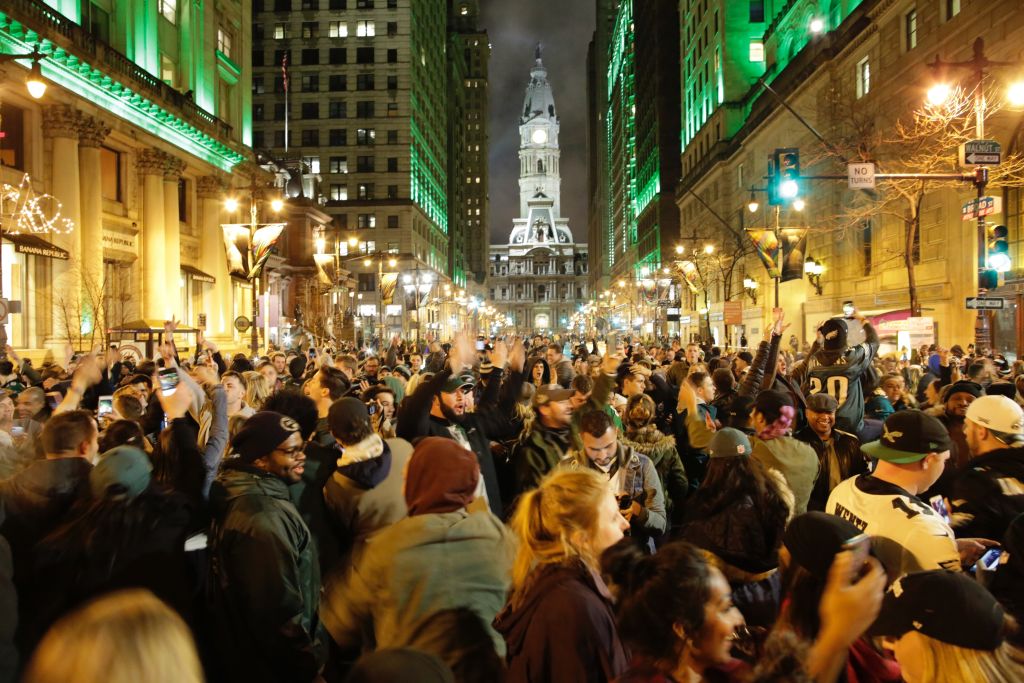 Thousands and thousands of Eagles fans took to the streets after the Super Bowl LII victory creating absolute chaos for Philadelphia police.

Fans were engaging in the usual drunken celebration rituals–you know, climbing street lights, lighting fires in the streets, flipping cars, rioting and looting. Then there was some more outrageous activity that fans are likely regretting this morning.

People yelling “Everything is free,” looting, trashing this gas station. Damn it, Philly we better than this. pic.twitter.com/WecXaAmrFh

#RIP to this awning pic.twitter.com/eki786x7Oe

Hopefully nobody was seriously injured during the post-game celebrations. Although it looks like at least a few fans did their best to injure themselves.

Nowhere in the Toyota Prius owners manual does it say it can withstand a Philly celebration pic.twitter.com/3gh5K0WoV5

What would’ve happened if they lost? pic.twitter.com/iJCJVKDn6L

…and now someone on top of a police van, others trying to climb up as well. #philly #phillyriot #phillyriots #phillypolicescanner pic.twitter.com/9xS0vkVuVG

Stay safe out there in Philly, everyone, if there’s anything left of the city that set itself on fire last night.