Doug Pederson and his Philadelphia Eagles came out on top in a thrilling Super Bowl over the New England Patriots on Sunday night, and the emotions came pouring out during the locker room celebration.

“I’m so happy for every single one of you: coaches, players, Mr. Lurie and the organization for everything you guys have put yourselves through. From day-one OTAs, to the injuries, battling through the adversity this season. Guys, I can’t tell you how happy I am. You’re world champions,” Philly’s head coach said, his voice cracking.

‘It takes a team to make a miracle…

“Just look around. This is what you guys have done. This is what you’ve accomplished,” the second-year head coach continued. “You guys get on me a lot about dress code and the way we practice and doing things, well guess what? It’s for this moment right here. It’s for this moment. It’s the discipline that it takes for you to win this game. And this is a team game and we’ve said it before: an individual can make a difference, but a team makes a miracle. And tonight guys we did it. We did it against a fine football team. When you’re asked you’re complimentary, but at the same time we’re gonna party,” Pederson said to loud cheers from his team.

“I don’t know how or where we’re going, but we’re going to celebrate tonight.” 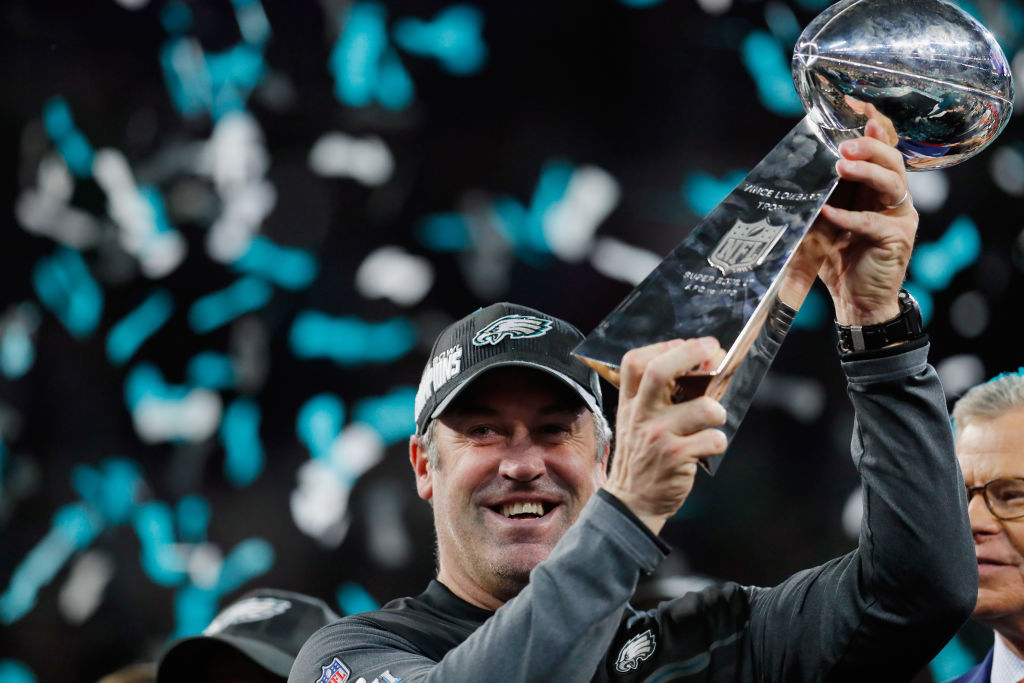 Say what you will about Philadelphia fans, but the Eagles have a first-class skipper in Doug Pederson, and it’s moments like these where it truly shows. (RELATED: Philly Fan Celebrates Super Bowl Win By Eating Actual Horse S**t)