Hundreds of North Korean cheerleaders have descended on South Korea for the Winter Olympics.

Affectionately known as an “army of beauties,” this force of more than two hundred women in furry black hats, slick red coats, and ankle boots handpicked by the regime for their good looks and loyalty to the regime arrived in South Korea Wednesday to cheer on Korean athletes. 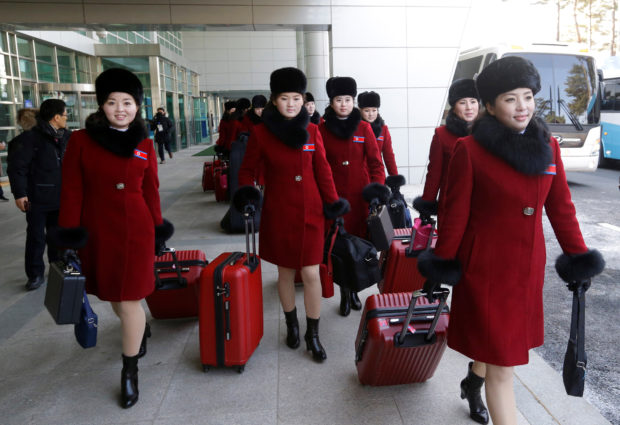 The ladies from the North smiled and waved at reporters. When one asked if they were prepared, one woman replied, “You’ll know once you see. It’s no fun if I tell you everything now.” 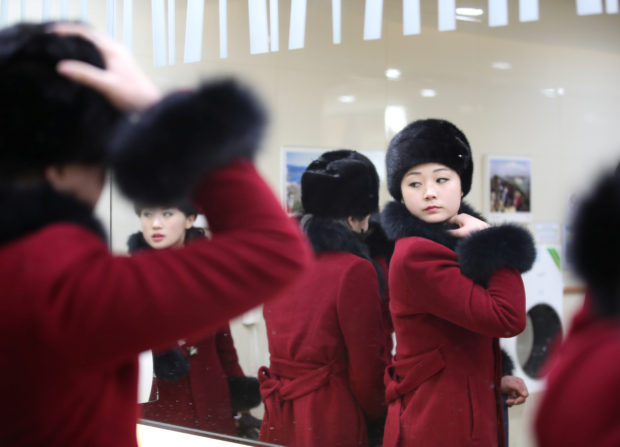 Members of North Korean cheering squad look at themselves in a mirror at a ladies’ room at an expressway service area in Gapyeong, South Korea, February 7, 2018. Yonhap via REUTERS

The 229 cheerleaders crossed into South Korea by way of the Dorasan border post at the Demilitarized Zone (DMZ). They were reportedly in high spirits as they arrived in the South, enthusiastically exchanging comments with journalists. 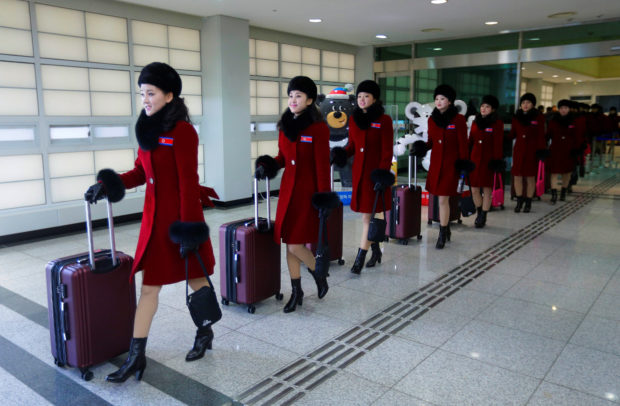 North Korea has sent cheerleaders to South Korea for three separate sporting events, namely the 2002 Asian Games in Busan, the 2003 Summer Universiade in Daegu and the 2005 Asian Athletics Championships in Incheon. “As the Olympics is an event that draws the world’s attention, North Korea may want to imprint a positive image through visual effects,” Kim Young-soo, a North Korea expert at Sogang University in Seoul, explained to Yonhap News Agency.

The prevailing view of North Korea’s actions is that the rogue regime is trying to steal the show to present itself as a normal, cooperative nuclear state.