Congress is expected to pass a budget deal that would extend energy tax benefits that have been derided by conservatives as wasteful, including subsidies for electric motorcycles, energy efficient homes and biofuels.

The Senate will soon vote on legislation to fund the federal government through March 23 and avert another shutdown. In addition, the budget deal would lift spending caps on government spending for two years.

“More immediately, we need this bill to maintain government operations and to enable millions of Americans affected by recent disasters to continue rebuilding their lives and communities,” Mississippi Republican Sen. Thad Cochran, who introduced the bill, said in a statement.

Official position: HFC opposes the caps deal. We support funding our troops, but growing the size of government by 13 percent is not what the voters sent us here to do.

Here’s a list of the energy subsidies extended in the budget deal: 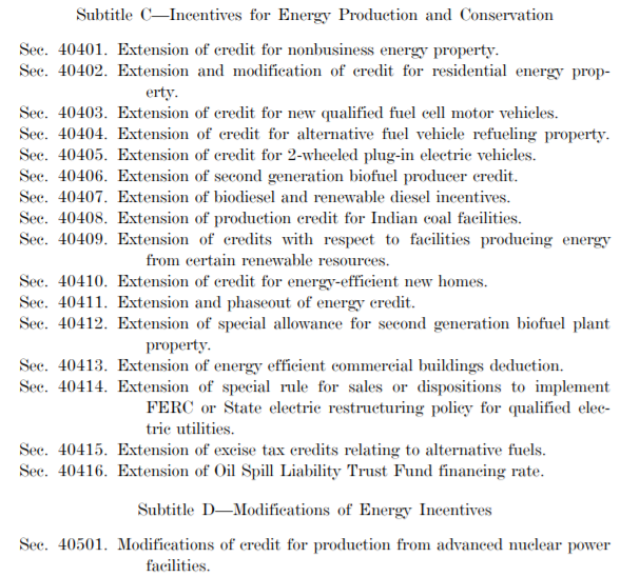