Kylie Jenner might reconsider naming her daughter Stormi after hearing what Stormy Daniels had to say about it.

TMZ caught up with the adult film star town in Texas on Thursday where Daniels issued a playful warning to the new mother. (RELATED: Kylie Jenner’s Baby Daddy Is Off To A Really Good Start As A Father–Just Kidding) 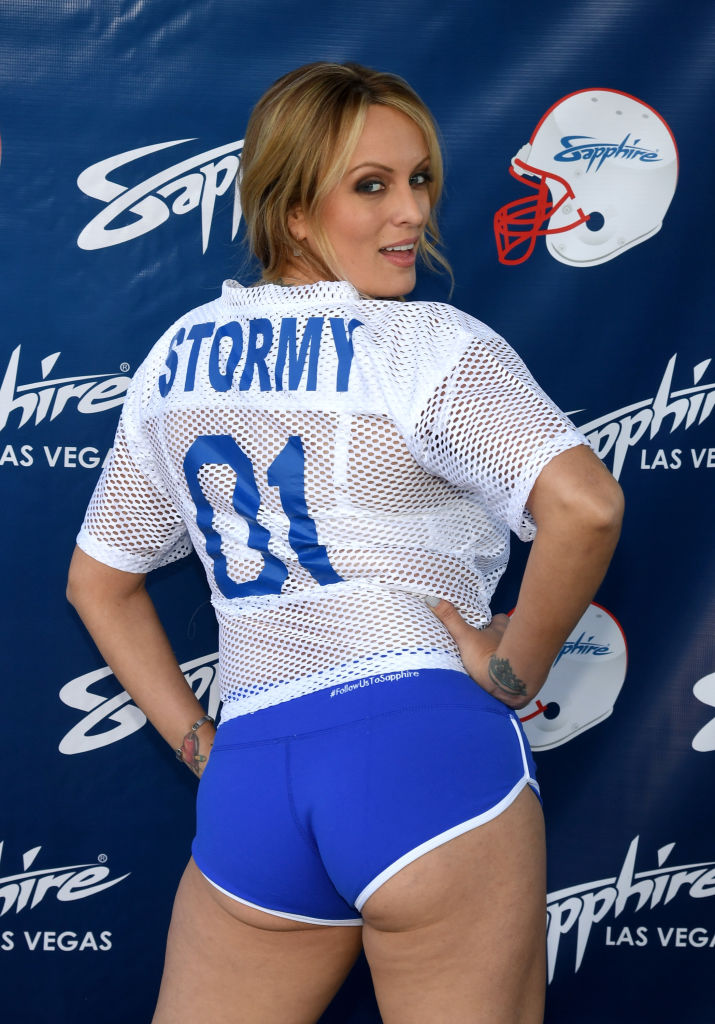 “Hang on to your heart because little girls named Stormy are known to cause trouble,” Daniels said with a smile, adding to Stormi, “It’s a tough name to live up to, I hope you’re fierce.”

Daniels has been making headlines for weeks after reports surfaced that Donald Trump’s lawyer paid her a large sum of money during the presidential election to keep quiet about an alleged affair. Trump has repeatedly denied the claims and Daniels recently denied them herself.

Despite being all over the news, Daniels doesn’t give herself credit for the name of Jenner and her boyfriend’s newborn.

“I think it’s a coincidence. I’m not pretentious enough to think she named her after me,” Daniels said. “I will say congratulations and I wish her all the best.”