A member of a Department of Health and Human Services (HHS) disaster response team says he is now barred from working with the team because government doctors found out he takes blood thinner medication.

Lee Gary, 77, currently owns a consulting business where he advises globally on economic development in the third world.

His work took him to Sierra Leone in 2015 to run an Ebola medical treatment center when that country had an outbreak. He’s traveled to Botswana, Haiti and Russia as part of his work.

Since 2014, he’s also been on staff at Tulane University as an adjunct assistant professor, teaching global development.

“I teach what I do,” Gary told The Daily Caller.

Starting in 2011, he was also part of a disaster relief team which covered Louisiana and Mississippi at the National Disaster Medical System (NDMS), a part of HHS.

Gary said he was part of a “clean-up crew” called in after governors called national disasters or big events; his team is considered volunteers until they are called up. 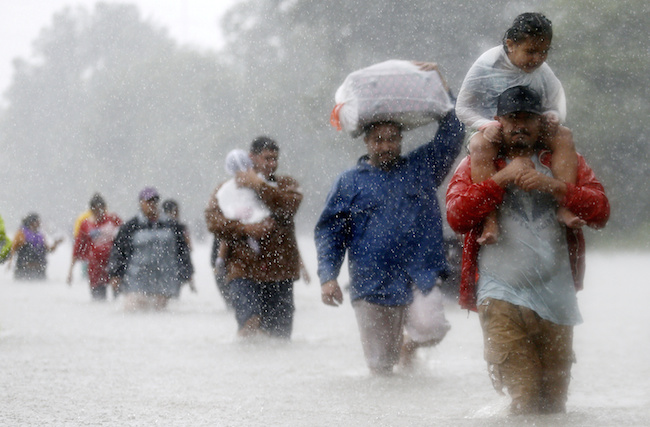 He assignments included being part of a clean-up crew after Superstorm Sandy.

Despite that impressive resume, Gary said he was unceremoniously removed from the NDMS by recommendation of a “quack doctor” with an agenda.

In March 2017, the acting head of the NDMS, Ron Miller, sent out an innocuous-sounding memo: “This policy delineates the National Disaster Medical System program for screening NDMS intermittent personnel for health-related conditions and associated factors that may restrict their deployment in support of NDMS operations.”

Then in May 2017, Gary said he was contacted by Dr. Jeff Orledge, who told him that Orledge was consulting with the NDMS to determine if NDMS team members were fit for duty.

Gary was told by Orledge that he’d recommend the removal of anyone on blood thinner medication; Gary takes a blood thinner.

Orledge followed up with a cryptic email on May 5, 2017, to Gary, again slamming blood thinners, by noting a book opposing them by a Danish physician named Peter Gotzsche.

“His book is ‘Deadly Medicines and Organized Crime How big pharma has corrupted healthcare’ by Peter C Gotzsche,” Orledge wrote.

“The book was published in 2013 before Pardaxa and the like became popular. I am willing to bet a lot that he could probably write another chapter very similar to other chapters he wrote on Pardaxa (sic) today if he wanted. I really, really hope I am wrong about this.” 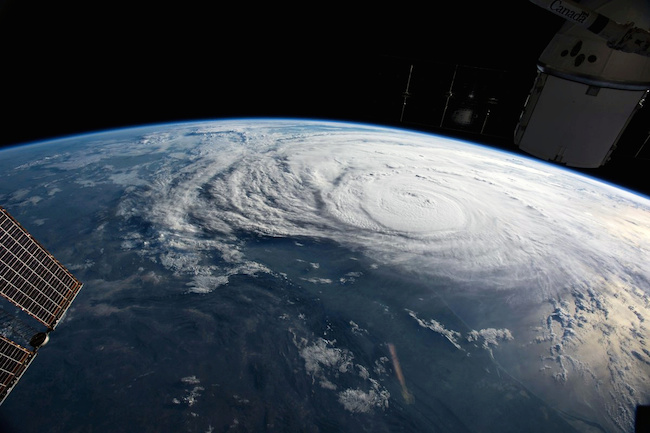 Hurricane Harvey is pictured off the coast of Texas from aboard the International Space Station in this August 25, 2017 NASA Handout Photo

In interviews with The Daily Caller, Gary repeatedly called Orledge, who is on staff at the University of Mississippi Medical Center, a “quack,” who knew nothing about him or his medical history and make-up when he made this blanket statement.

Orledge, in an email to TheDC, downplayed his role in determining any policy at NDMS: “The only thing I was told to do was to screen charts, I was given instructions to flag certain things and to flag anything I thought would be important medically for deployment then talk to the person inform them why they were flagged that was it. I was not making the final decision, just letting them know that personally my concerns, as instructed.”

Gary said he heard nothing more until he received an email on Aug. 16, 2017, from NDMS Chief Medical Officer David Yue, asking for his medical records, specifically those which refer to blood thinners, or anticoagulation medication.

“Will you please provide voluntary information from your cardiologist regarding your current condition and why you are taking anti-coagulation?” Yue wrote in a letter obtained by TheDC. “Your RHS does not have a definitive diagnosis. Also, include recent evaluation and test results and if your cardiologist has any concerns with you deploying to potentially austere conditions with NDMS.”

Yue did not respond to an email for comment.

Gary said he provided Yue with his medical records but also had his doctors at Tulane do a full work-up.

“I see no contraindication to him continuing his work with the NDMS from arrhythmia and anti-coagulation perspective,” his doctor stated in an assessment dated Sept. 13, 2017.

Gary said Yue refused to speak with his doctors or respond to his further queries.

Instead, Gary next received a memo from Miller telling him he was no longer fit to serve in the NDMS.

“This serves as notice that you have been placed in a nondeployable status due to medical conditions identified during your medical screening through Responder Health System (RHS) review process,” Miller wrote on Oct. 31, 2017.

Miller is currently out of the office and did not respond to an email for comment.

An HHS spokesperson issued this statement: “NDMS serves an important role in disaster response, deploying medical responders to administer medical care in the disaster zone when the local health care system is overwhelmed or destroyed by the disaster. While we cannot comment on individual personnel matters, it’s important to keep in mind that disaster zones, by their nature, can place health and safety at risk. The NDMS personnel health standards are in place to protect our NDMS providers and provide the best possible support to the American people depending on us after a disaster.”

Gary has been on inactive status since Miller’s memo with no explanation or right to appeal.

Gary called the blanket ban on blood thinners by the NDMS medical harassment.

“Such evolving medical harassment is a dangerous new form of governmental intimidation, and it represents an attack on the hundreds of patriotic volunteers in the NDMS who do proudly serve our Nation through Disaster Medical Assistance Teams when call to action by the President to prepare for or respond to a national disaster,” Gary said.

He further called it “an insult to patriotism” and noted this policy has not had a congressional hearing or been peer-reviewed.

Gary said his team at the NDMS consisted of approximately 30 people, but that several thousand people work for the division. Since the acting chief Miller approved his termination he believes the policy applies to everyone.