Republican Sen. Rand Paul delayed a vote on a long-term budget deal Thursday night, so leftist Twitter users — and even a Republican congressman — suggested it was why he was recently brutally attacked by his neighbor.

In a POLITICO article about Paul’s move to shutdown the budget deal, retiring Republican Rep. Charlie Dent said, “When Rand Paul pulls a stunt like this, it easy to understand why it’s difficult to be Rand Paul’s next door neighbor.”

Paul’s neighbor attacked him last year, seemingly because he didn’t like the way Paul handled his lawn care, and sent Paul to the hospital with broken ribs and a pleural effusion. Quite a few verified Twitter users thought the event — which took Paul weeks to recover from — would be fun to joke about in relation to the budget delay.

Some, like actress Bette Midler, even wished Paul’s neighbor would attack him again. 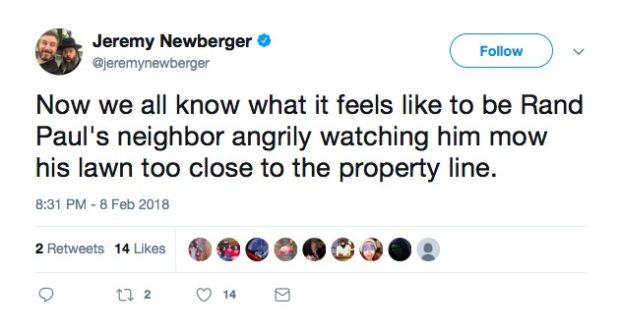 According to reporter Scott Wong, one lawmaker angrily said of Paul, “Someone needs to fly his neighbor up here.” 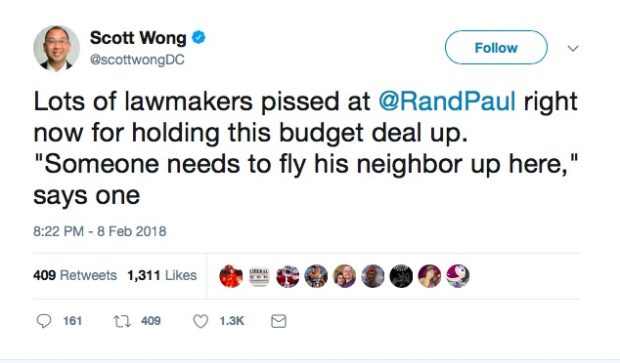 Elon Green, a freelance journalist, wished that the attack on Paul would have been worse, tweeting, “Rand Paul’s neighbor didn’t hit him hard enough.” 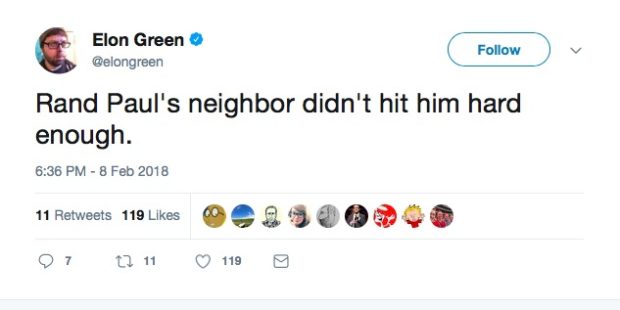 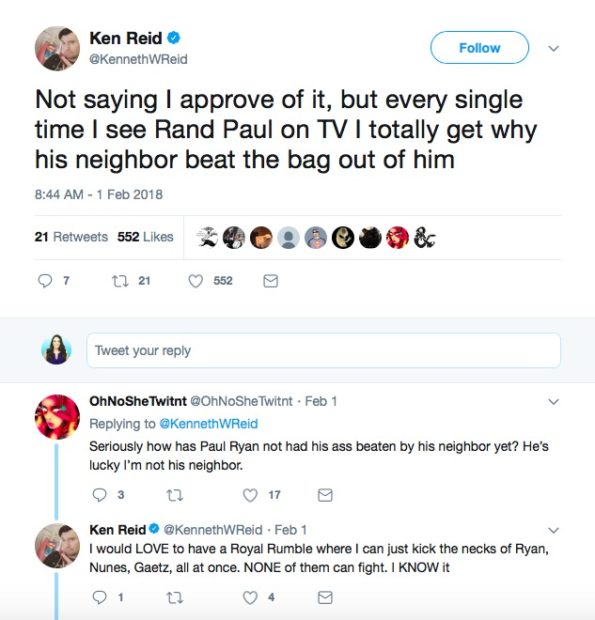