Impersonators of President Donald Trump and Kim Jong Un showed up to the Opening Ceremonies of the Winter Olympics in South Korea Thursday night.

The two impersonators were reportedly calling for peace between the U.S. and North Korea.

“We get along personally, so I believe that Donald Trump and Kim Jong Un, if they talked they’d probably get along. Because in my opinion, they’re pretty much the same person,” the man impersonating Kim told Reuters. 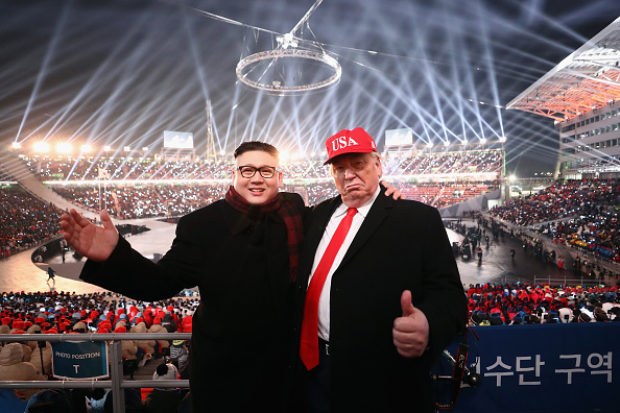 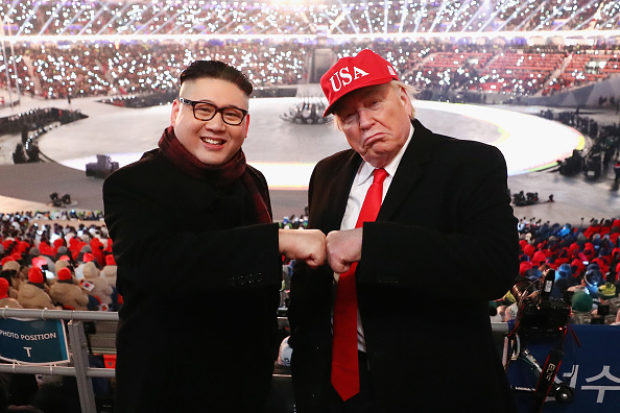 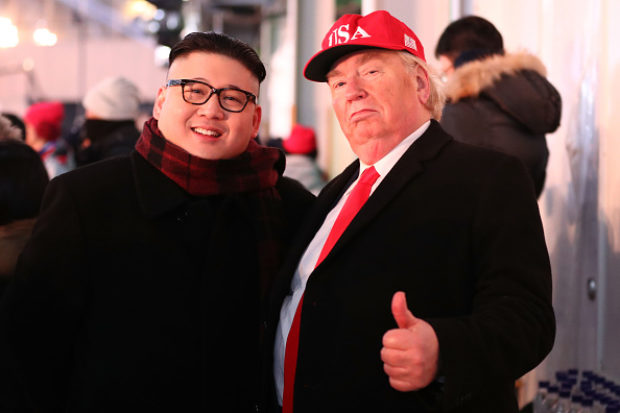 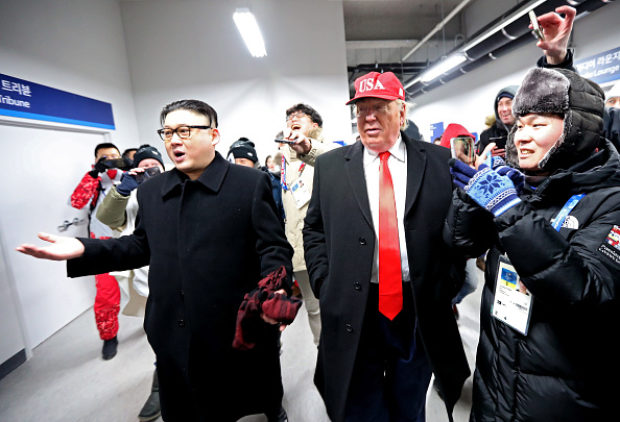 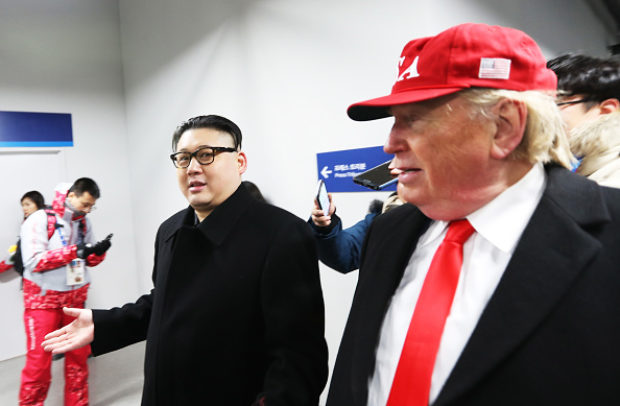