We hear a lot about the bad things that college athletes do when they’re away from the football field, but not nearly enough about the positive things they’re doing in their communities. 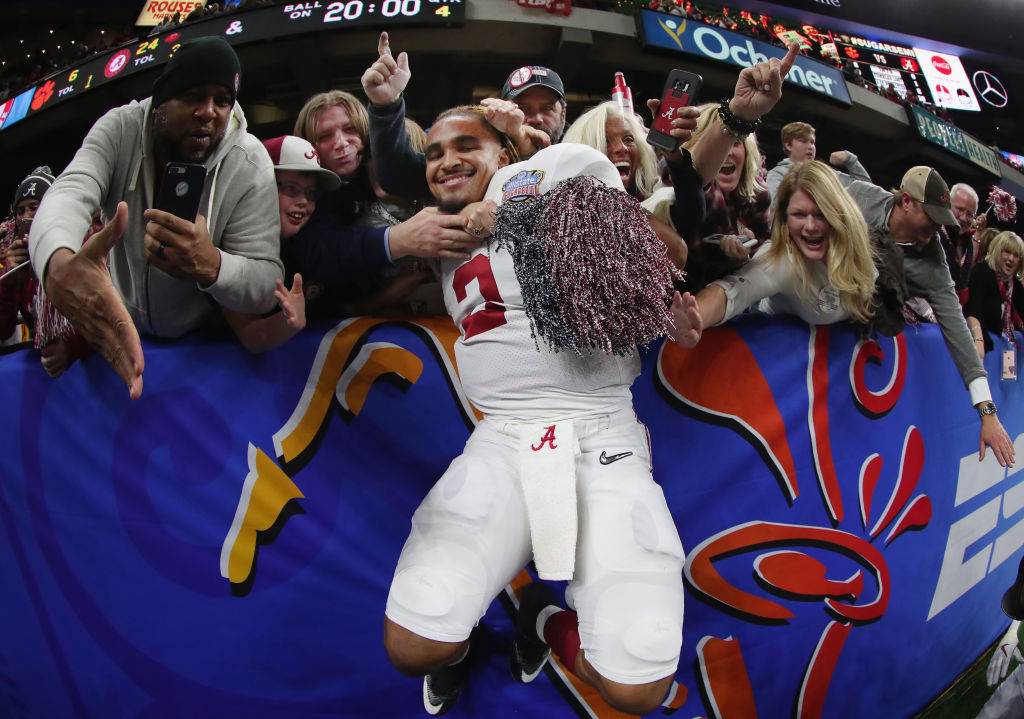 Alabama quarterback Jalen Hurts is one of those student-athletes who deserves to be praised for the good that he does when nobody is watching. Hurts spent his Friday night at a high school prom, which he attended with people who have special needs.

Hurts was photographed with one of those students in a crimson colored suit and a big smile on his face. (RELATED: Jalen Hurts Is The Unsung Hero Of Alabama’s National Championship Win)

What do you think most college football players doing on a Friday night? @JalenHurts is at prom with people with special needs, making a difference and positive impact on people’s lives. What a fantastic person and representative of UA! #RollTide, Jalen! pic.twitter.com/2xWUbYgEF2

This is just another example of how selfless and humble Hurts truly is. The Alabama quarterback is willing to make sacrifices on the field for the good of his team and is willing to spend his Friday night making someone else’s just a little bit brighter.

He’s a true class act and a fine example of how college athletes can use their position to be a positive influence on the millions of fans that look up to them.

On the bus ride over to #NightToShine my date said Julio Jones was his favorite player. Seconds later, Jalen Hurts lined the red carpet and cheered for him by name. My date turned to me and said “I got a new favorite player!” pic.twitter.com/Aeq8EuPLlt