The mainstream media’s glorification of totalitarian hellholes won’t strike anyone familiar with 20th century history as new, but this weekend’s coverage of North Korea’s regime at the Olympics would make even former New York Times journalist Walter Duranty blush.

As the 2018 Olympics Winter Games began in South Korea, reporters from various networks clapped like seals at North Korean dictator Kim Jong-Un’s pathetic attempt at charming journalists into accepting his regime as legitimate, choosing to woo them over with synchronized cheer squads and having his sister Kim Yo Jong glower at Vice President Mike Pence.

CNN led the charge, tweeting out an article with a title claiming that “Kim Jong Un’s sister is stealing the show at the Winter Olympics.” What show she’s stealing is unclear, as most Americans were under the impression that they were trying to watch sports, not dolled up murderers. Unsurprisingly, CNN needed three of its best and brightest reporters to come up with that thesis. 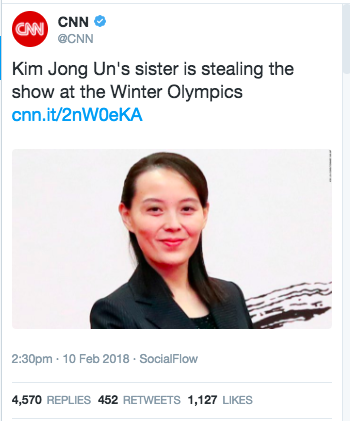 The power of Juche seemed to reach the offices of The Washington Post, who declared on the front page of its Sunday paper that Un’s sister is the “Ivanka Trump of North Korea,” The aforementioned articled proceeded to describe how  Kim Yo Jung “captivates people in the South at the Olympics.” Indeed, she might captivate people in the South — but only if you include liberal Western journalists. 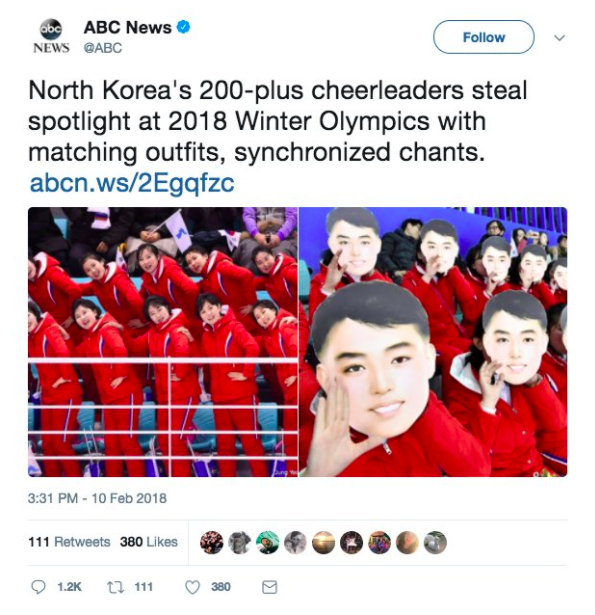 None of this stopped The New York Times from referring to the cheer squad as an “army of beauties,” or the Wall Street Journal from saying their saccharine chants as “impossible…to ignore.” Even the official NBC Olympics said they were “so satisfying to watch.” 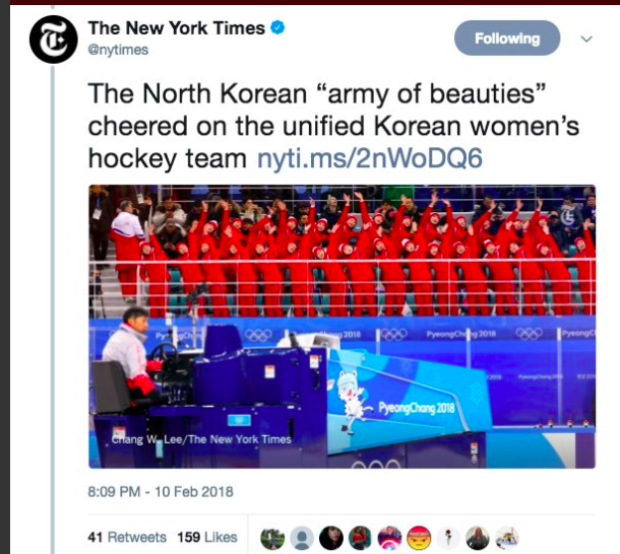 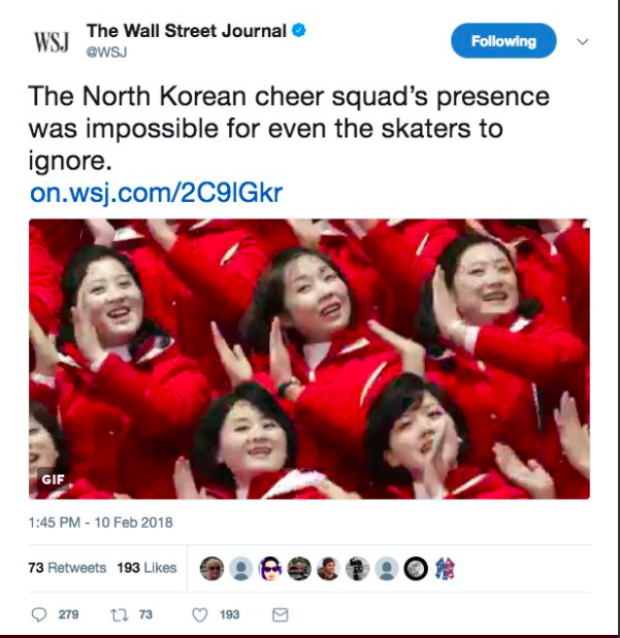 It goes without saying that North Korea’s conduct during this weekend was a deliberate attempt to make their regime appear sympathetic and create the illusion that the United States is the true barrier to peace between the two nations. Journalists, with their fancy degrees and ostensible interest in appearing educated, should know this better than anyone else. Of course, only one thing could cloud their moral judgement this much: A Republican in the White House.