President Trump gave a speech in honor of Black History Month at the White House Tuesday afternoon. The president touted a number of achievements in the speech, including historically low African American unemployment numbers.

The Bureau of Labor Statistics reported in December that the black unemployment rate had fallen to 6.8 percent, one of the lowest figures in the 45 years the data has been tracked.

“We have made such incredible progress over the last year. It was just announced, and perhaps you heard me say it, we had the lowest African-American unemployment rate in the history of our country.”

Then Trump looked into the crowd and singled out a very special member of the audience. Alveda King, MLK’s niece, was standing in the front row. She had been recognized by Trump earlier in the speech. Trump said of the low unemployment numbers, “Alveda, that’s in honor of you, Alveda. Lowest in the history of our country. We are very proud of that.” 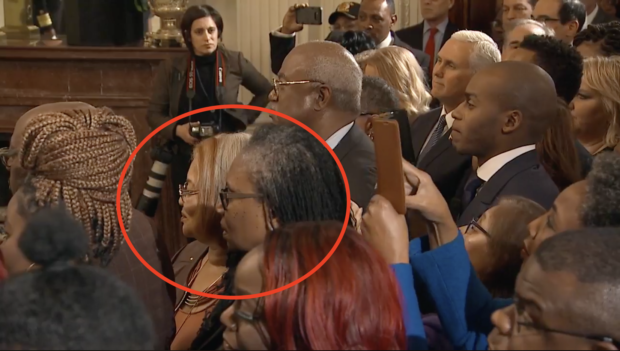 Trump continued, saying, “I want to thank you again all for being here. God bless you, and God bless America.”

President Trump was joined by Alveda King last month at the college football National Championship. King has been a vocal Trump supporter since he was the Republican nominee for president. 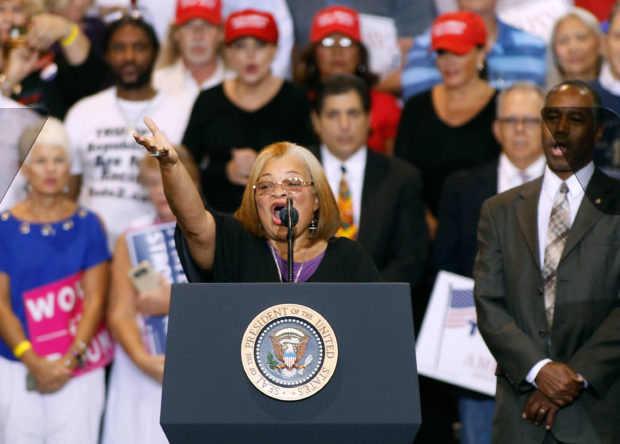