Vanessa Trump was one of three people hospitalized as a precaution to the incident. Senior law enforcement officials revealed Tuesday that a note was included in the package.

“You are an awful, awful person. I am surprised that your father lets you speak on TV. You, the family idiot. Eric looks smart. This is the reason why people hate you. You are getting what you deserve. So shut the f*** up.” 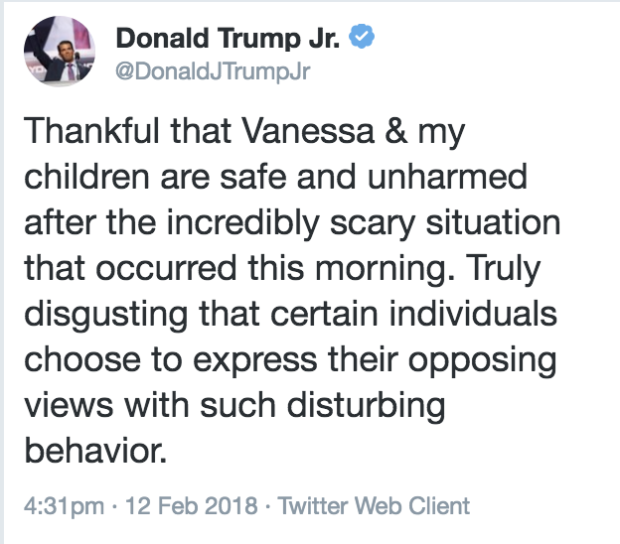 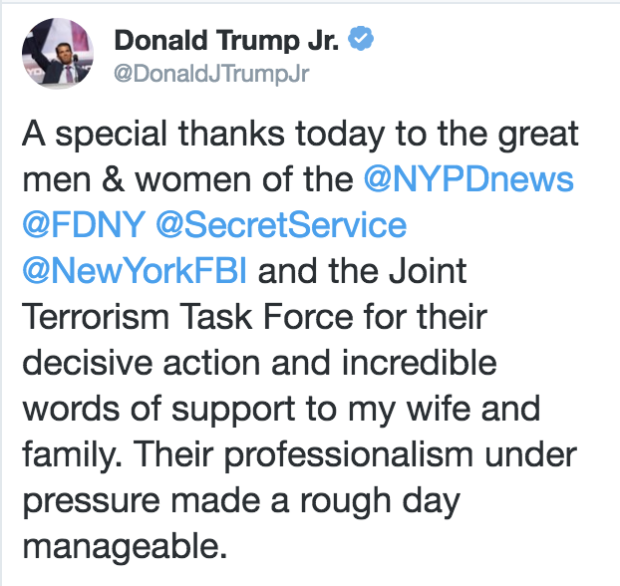