Many Democratic lawmakers spent Thursday using the school shooting in Florida to call for gun control.

California Democratic Sen. Kamala Harris was one of those politicians using the mass shooting at Stoneman Douglas High School to justify gun country. In one particular tweet Thursday, she called for the end to the “slaughter” of babies. Harris tweeted that gun control “cannot be a political issue” because “our babies are being slaughtered.” 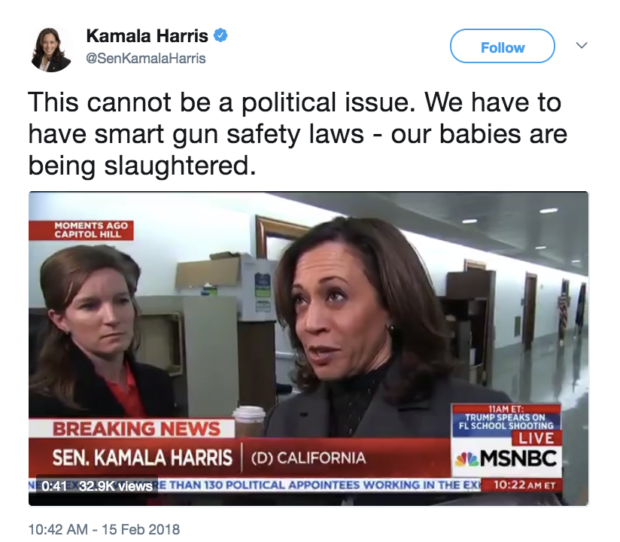 However, just a few weeks ago, the pro-choice senator tweeted that a “20 week abortion ban” was a “constitutional right” and “everyone should be shouting about this.” 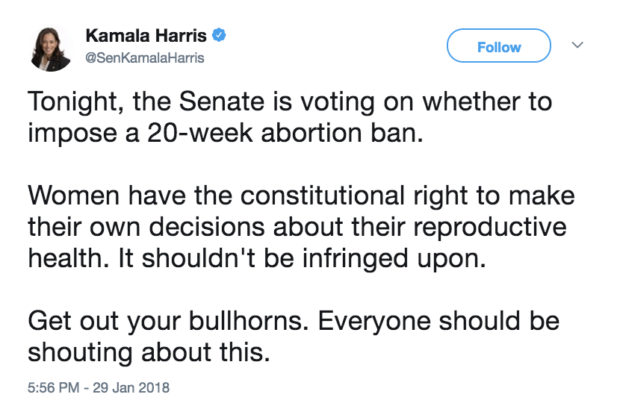 National Right to Life estimates that there have been over 60 million abortion in the United States since Row vs. Wade passed in 1973.

A gunman opened fire at Stoneman Douglas High School in Parkland, Florida Wednesday afternoon, killing 17. Sheriff Israel confirmed the fatalities and read the names of some of the victims in an emotional moment during a Thursday press conference.