News broke Thursday that Nikolaus Cruz, the suspect in a mass shooting at a Florida high school, was associated with a white nationalist group called “Republic of Florida” — but police now say there are “no known ties” between the group and Cruz.

According to the Tallahassee Democrat, “Local law enforcement sources have so far not found a connection between accused Parkland school shooter Nikolas Cruz and a Tallahassee-based paramilitary group.”

Leon County Sheriff’s Office Lt. Grady Jordan told the Tallahassee Democrat, “We are still doing some work but we have no known ties between the ROF, Jordan Jereb or the Broward shooter.”

Many journalists are also beginning to express doubt: 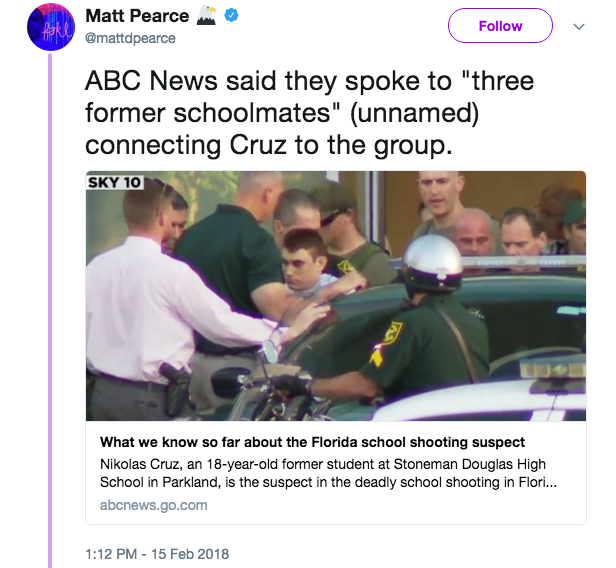 The story of the link between the white supremacist militia and the shooter started on 4Chan. From the ADL piece that broke the news: pic.twitter.com/vgipAennxg

There is no conclusive information either way at this time.