“We are grieving with Parkland. But we are not powerless. Caring for our kids is our first job. And until we can honestly say that we’re doing enough to keep them safe from harm, including long overdue, common-sense gun safety laws that most Americans want, then we have to change,” Obama wrote in a statement posted to Twitter. 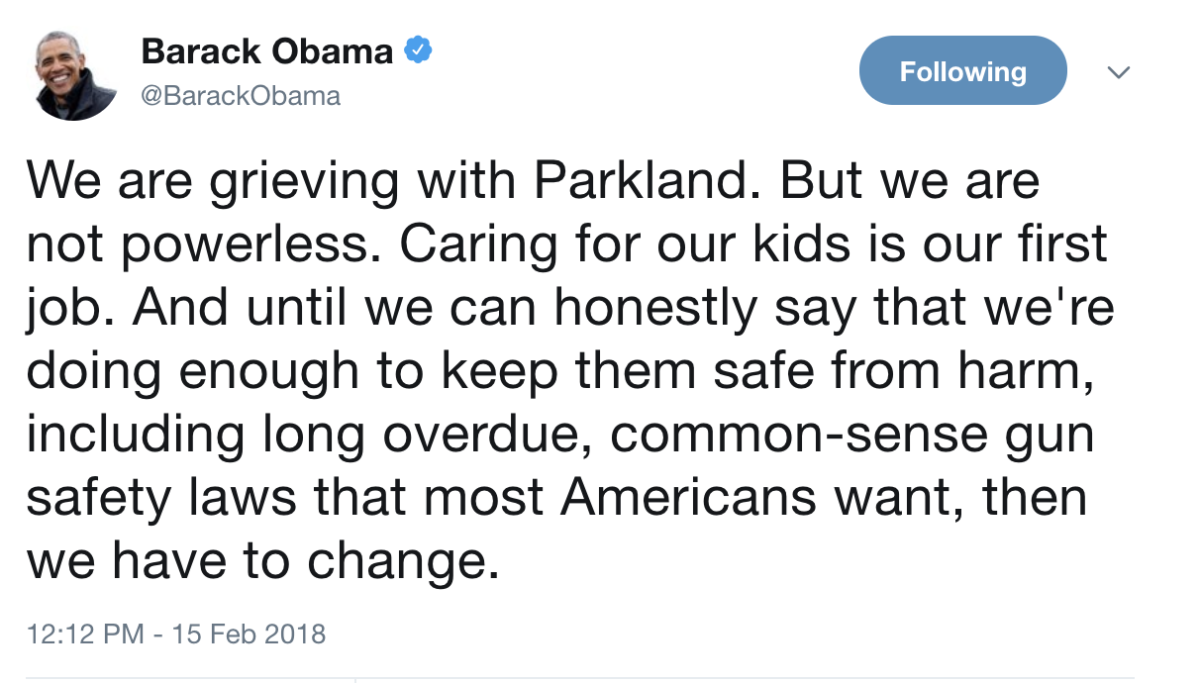 Obama did not specify what exact actions he is calling for, or whether they would have prevented Wednesday’s tragedy. (RELATED: Top Obama Adviser Knocks Trump For Not Addressing ‘Weapons Of Mass Destruction’ In Parkland Remarks)

The shooter, Nikolas Cruz, passed a background check when he purchased the AR-15 he used to carry out the shooting.

Obama used the Texas church shooting in November to demand America “reduce the violence and weaponry in our midst.” Then, too, he did not present any concrete solutions.