The University of California, Hastings College of the Law is promoting left-wing political messages in a year-long campaign that may violate its own policies as a state institution.

The law school’s campaign, which began in July of 2017 and is titled “This Is Why We Work For Justice,” allegedly involves “address[ing] that core principle of ‘doing justice’ with questions generated through conversations with our students, faculty, staff & alumni.”

For one portion of the campaign, UC Hastings posted blatantly political statements about abortion, gun rights, immigration and taxes on street poles throughout the city of San Francisco.

One such banner claims, “A uterus is more heavily regulated than an assault rifle,” while another insists, “Multinational corporations are people. Multinational refugees are not.”

All of the political statements appear on the left-hand side of the banner, while the right side confirms, “this is why we work for justice.” 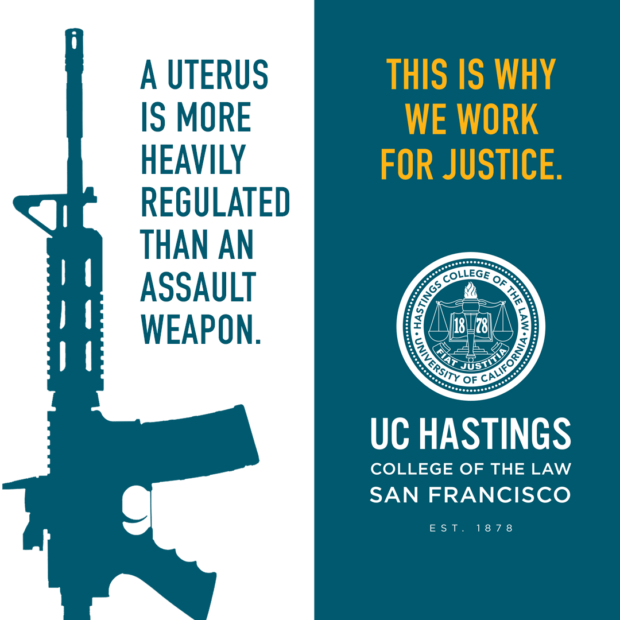 UC Hastings “For Justice” Campaign Flyer: “A Uterus Is More Heavily Regulated Than An Assault Weapon.” 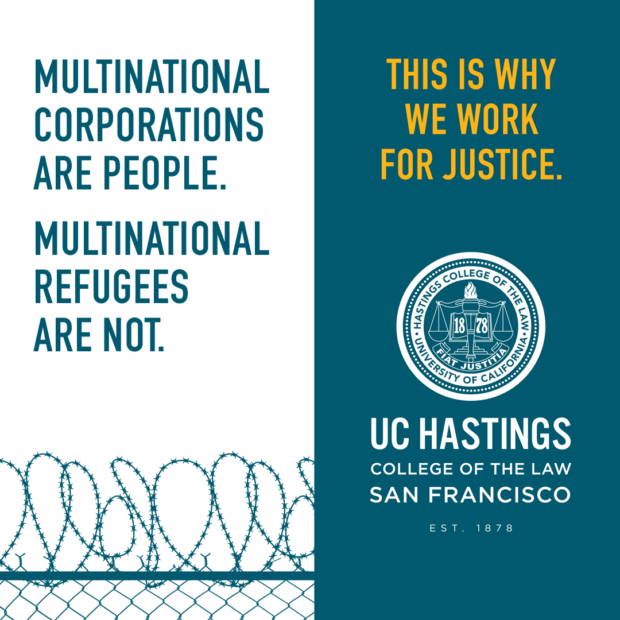 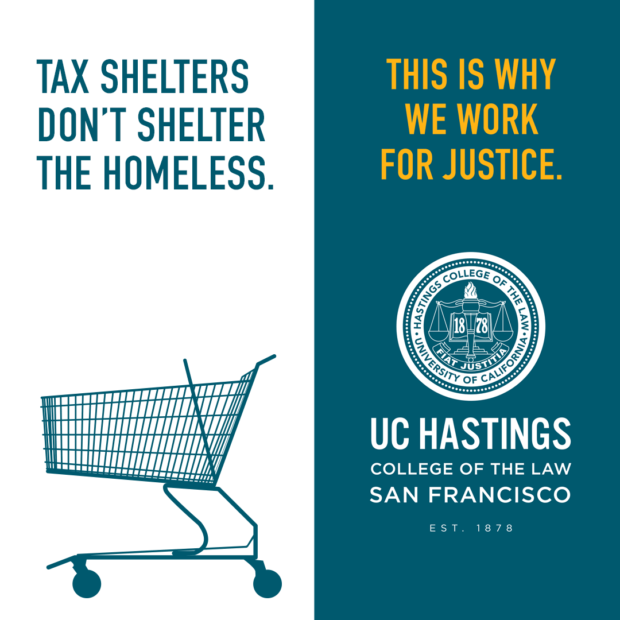 The campaign’s political nature could violate the school’s own policies. According to the university’s policy handbook, they are required as a public institution to remain “neutral” on political issues and cannot sponsor political activities.

It continues, “The name, insignia, seal or address of the College or any of its offices or units shall not be used for or in connection with religious or political purposes or activities except as consistent with College policies and campus regulations.”

A spokesperson for UC Hastings confirmed that the school paid for the campaign, but said it was paid for with “non-state funds” and denied that the signs took a side on political issues.

“I think the banners do take a side and they take the side of justice,” Alex Shapiro, the director of external relations, told The Daily Caller. “Justice and these ideas mean different things to different people.”

Shapiro also stated that the flyers are “meant to start a conversation” and “don’t entirely speak for themselves.”

“It opens a question in that direction…people can read different things into these banners. People can tell us what justice means to them,” he asserted.

Shapiro’s claims that “This Is Why We Work For Justice” is “meant to start a conversation.” However, don’t seem to square with comments made by Hugh Gurin, the copywriter contracted to create the materials for the campaign.

Gurin wrote in a blog post on Medium that the outdoor campaign is intended to be “hell-raising” and cites the school’s opposition to the White House’s travel ban as the direction for the campaign.

“The moment we presented the headline: ‘Vaginas Are More Heavily Regulated Than Assault Weapons’ to UC Hastings’ Alex Shapiro …was a little scary,” Gurin recalled. “The moment when Shapiro nodded and replied, ‘Technically, it’s the uterus that’s regulated, but, I like it!’ and approved the campaign…was a little astounding.”

In fact, Gurin thanks Shapiro for giving him an opportunity to “#resist,” referencing the political movement against President Donald Trump.

“Thank you Alex Shapiro and UC Hastings for giving us the opportunity to #resist in a way that makes a real difference. This is a proud moment,” Gurin gushed.

Joseph Shashaty, a second-year law student and the president of Hastings Republicans, argued that the campaign’s overt political nature is hostile to conservatives on campus.

“Advertising clearly partisan views tells conservatives that Hastings only welcomes those views,” Shashaty explained. “Why else would they commit to paying for those advertisements if counter viewpoints were embraced?”

“The so-called ‘For Justice’ campaign sent a clear message: UC Hastings is more interested in controlling the narrative than encouraging dialogue on campus,” he said. “These advertisements are 100% political. They are not based in fact, but they were produced to induce a political reaction.”