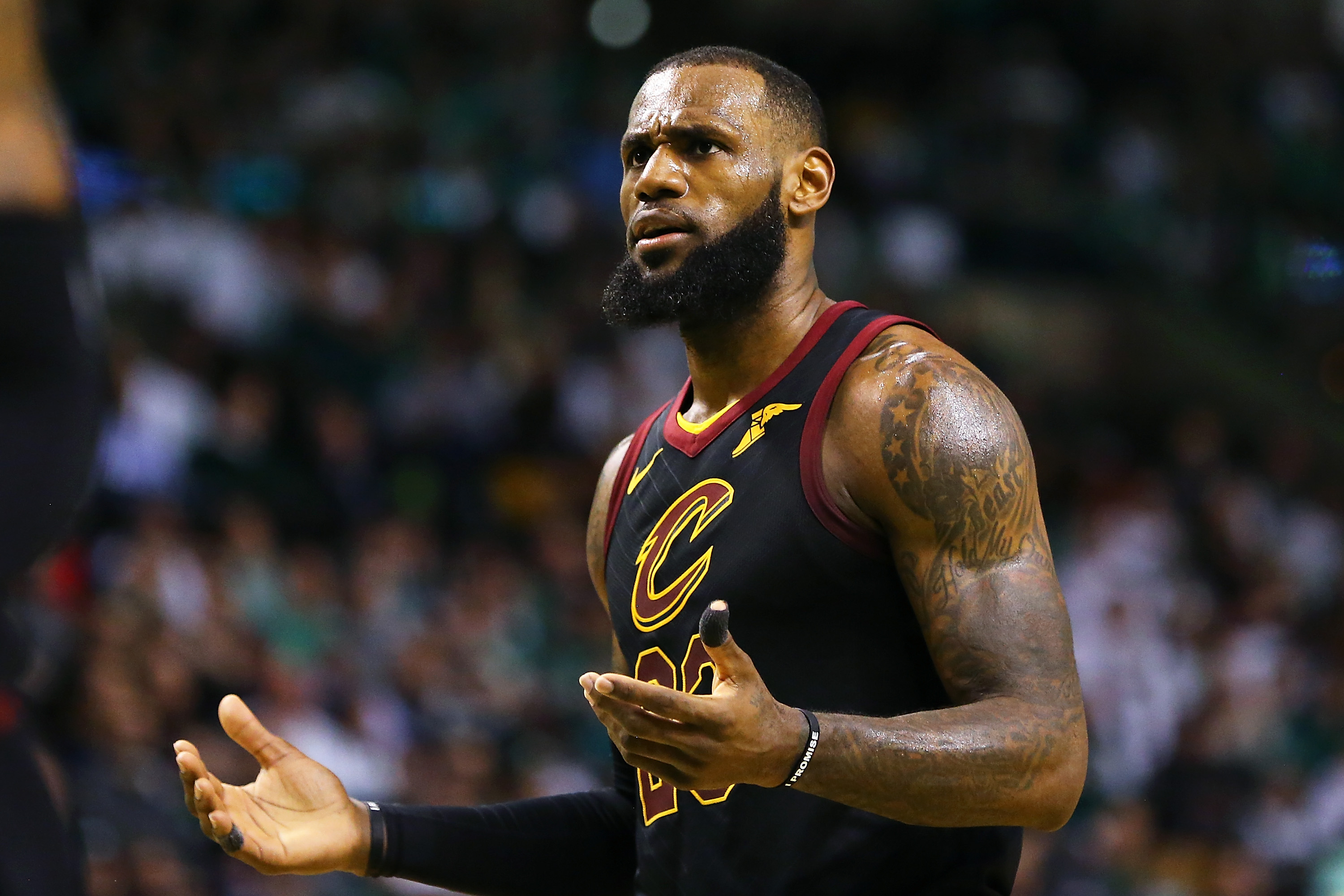 BOSTON, MA – FEBRUARY 11: Lebron James, #23 of the Cleveland Cavaliers, reacts in the second half during a game against the Boston Celtics at TD Garden on February 11, 2018 in Boston, Massachusetts. (Photo by Adam Glanzman/Getty Images)

“The Ingraham Angle” host lambasted the “barely intelligible, not to mention un-grammatical, take” the Cavaliers’ star forward made against President Donald Trump, namely that POTUS doesn’t give a “f**k” about American voters.

Ingraham pulled exactly zero punches, even going after James for injecting himself into politics despite skipping college to enter the league early.

“Must they run their mouths like that? Unfortunately, a lot of kids — and some adults — take these ignorant comments seriously,” she told her audience. “Look, there might be a cautionary lesson in LeBron for kids. This is what happens when you attempt to leave high school a year early to join the NBA.”

“It’s always unwise to seek political advice from someone who gets paid a hundred million dollars a year to bounce a ball. Oh, and LeBron and Kevin, You’re great players but no one voted for you. Millions elected Trump to be their coach. So keep the political commentary to yourself or, as someone once said, shut up and dribble.”

UPDATE (5:00 pm ET): Ingraham offered the following statement in response to the coverage of her comments on James.

“In 2003, I wrote a New York Times bestseller called ‘Shut Up & Sing,’ in which I criticized celebrities like the Dixie Chicks & Barbra Streisand who were trashing then-President George W. Bush. I have used a variation of that title for more than 15 years to respond to performers who sound off on politics. I’ve told Robert DeNiro to ‘Shut Up & Act,’ Jimmy Kimmel to ‘Shut Up & Make Us Laugh,’ and just this week told the San Antonio Spurs’ Gregg Popovich to ‘Shut up & Coach.’ If pro athletes and entertainers want to freelance as political pundits, then they should not be surprised when they’re called out for insulting politicians. There was no racial intent in my remarks – false, defamatory charges of racism are a transparent attempt to immunize entertainment and sports elites from scrutiny and criticism. Additionally, we stated on my show that these comments came from an ESPN podcast, which was not the case – the content was unaffiliated with ESPN.”

Last night was mad real, fresh out of Advil- Jesus grab the wheel Sheesh!!! You had to be there to truly Understand. Even though I wish you were there so u could. #VinoChronicles P.S. don’t talk to me about wine like u know it if you really don’t know what you’re talking about. Seriously! Thank you!