Facebook vice president of advertising Rob Goldman slammed the media for what he said was misleading coverage of Russia’s meddling in American politics.

“Very excited to see the Mueller indictment today. We shared Russian ads with Congress, Mueller and the American people to help the public understand how the Russians abused our system. Still, there are keys facts about the Russian actions that are still not well understood,” Goldman wrote in a series of tweets on Friday.

“Most of the coverage of Russian meddling involves their attempt to effect the outcome of the 2016 US election. I have seen all of the Russian ads and I can say very definitively that swaying the election was *NOT* the main goal,” Goldman said.

“The majority of the Russian ad spend happened AFTER the election. We shared that fact, but very few outlets have covered it because it doesn’t align with the main media narrative of Trump and the election,” he continued.

“The main goal of the Russian propaganda and misinformation effort is to divide America by using our institutions, like free speech and social media, against us. It has stoked fear and hatred amongst Americans. It is working incredibly well. We are quite divided as a nation.” 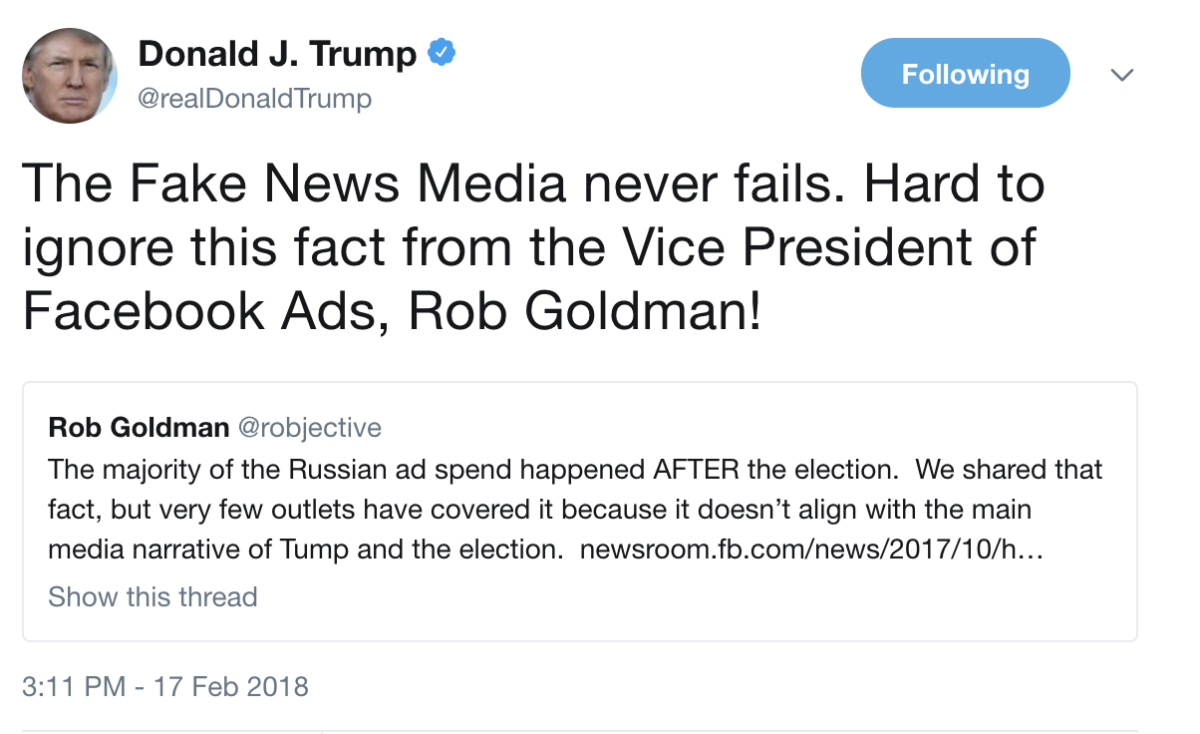 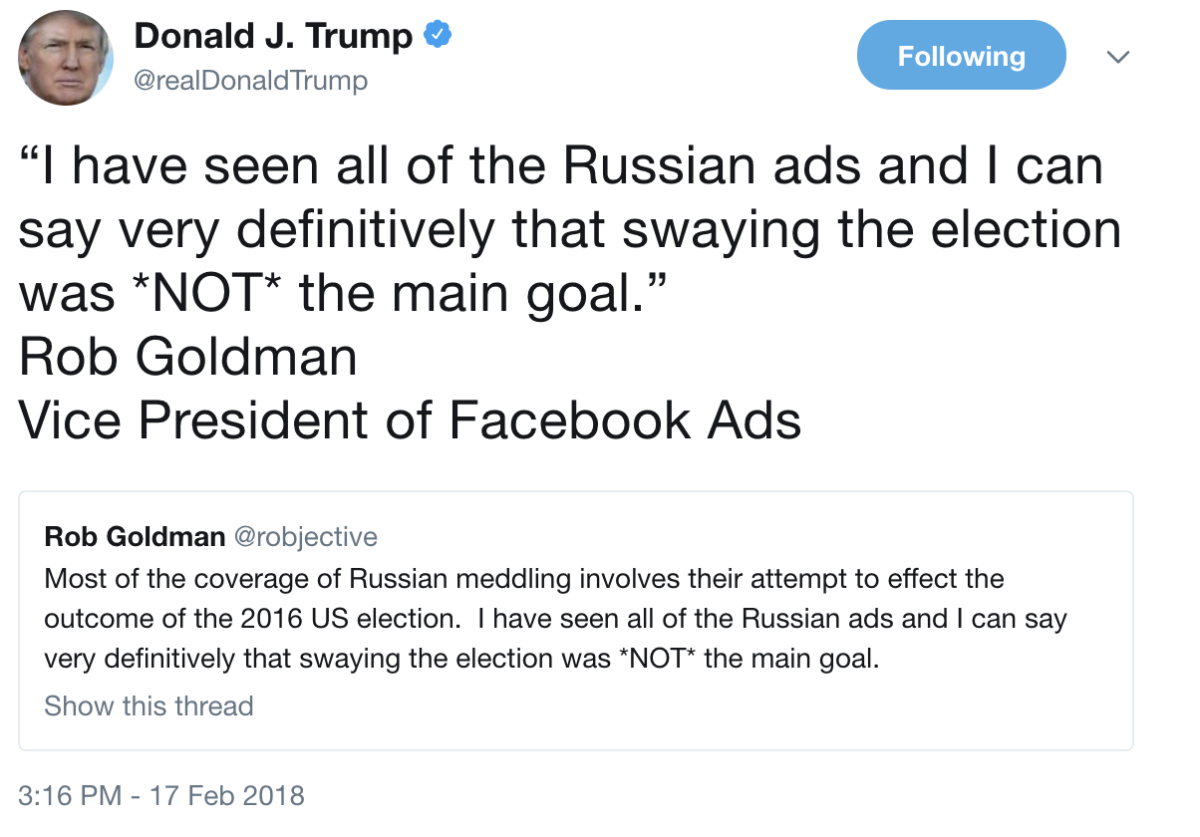 Special Counsel Robert Mueller announced the indictment of 13 Russian nationals on Friday for their meddling in American politics both during and after the 2016 election.