French ice dancer Gabriella Papadakis suffered a “nightmare” of a wardrobe malfunction early on in her routine on Monday, but remained as calm as she could and kept on skating with her breast fully exposed. 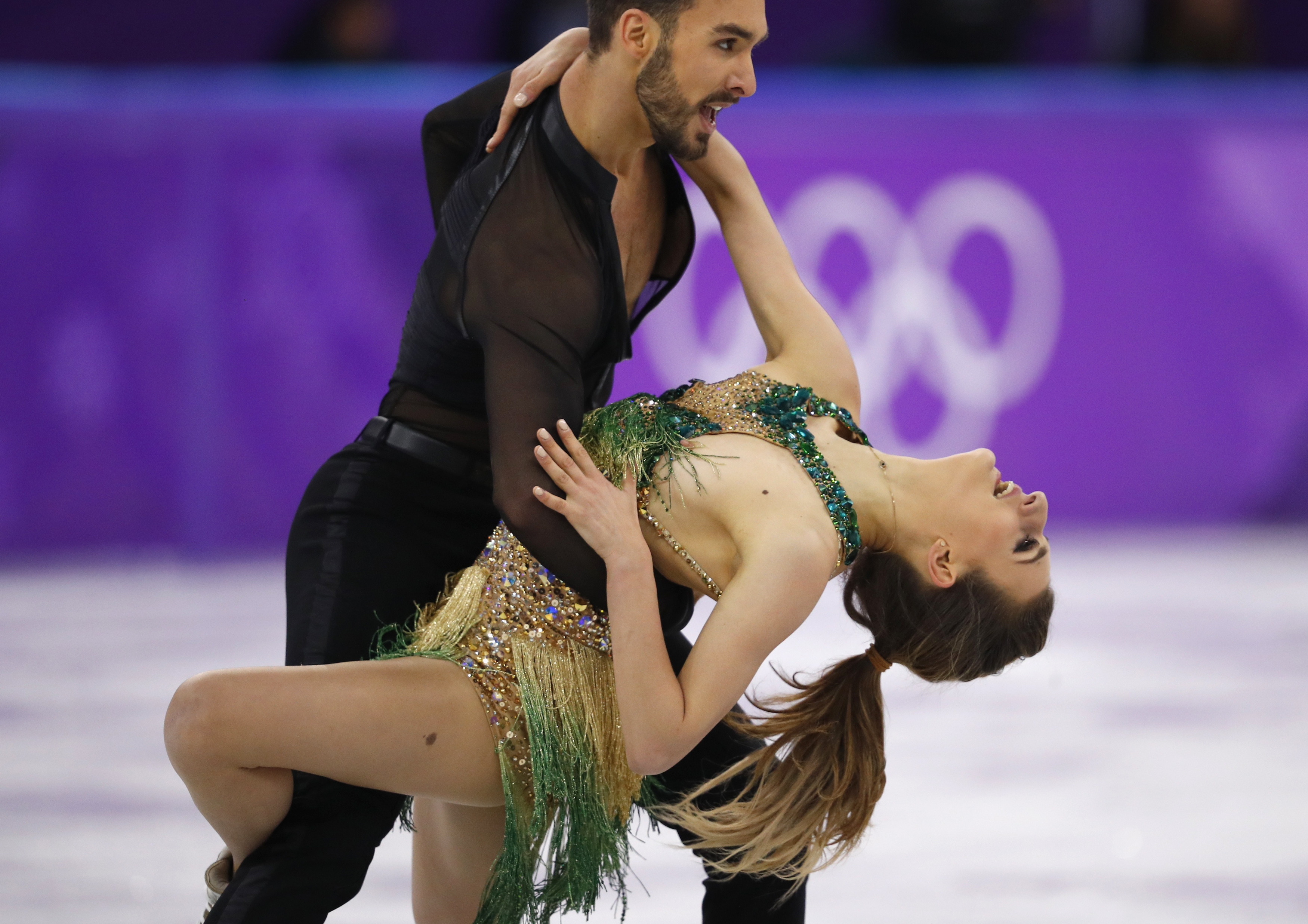 Papadakis and partner Guillaume Cizeron had just stared their routine when Cizeron accidentally undid her dress leaving the 22-year-old skater’s left breast exposed as she continued to skate.

Of course, Papadakis “felt it right away and prayed,” but continued her routine with her parter to earn a score of 81.93 and secure a spot in second place heading into Tuesday’s free dance.

“It was pretty distracting,” Papadakis said after the competition. “My worst nightmare at the Olympics. I told myself ‘you have to keep going,'” she added. “That’s what we did, and we have to be proud of ourselves, delivering a great performance with that happening.”

Papadakis seemed satisfied with how well she kept her composure, but Cizeron was critical of the judges, believing that they were punished for the wardrobe malfunction.

Gabriella Papadakis experiences a costume malfunction with her dress for the second time this week, according to @KurtBrowning

The clasp at the back of her halter snapped.

Bad luck and a distraction for the experienced French pair. pic.twitter.com/F6quTbadWu

“It’s just frustrating to miss a few points because of a costume issue,” Cizeron said. “It is not what we get ready for when we train.”

Hopefully they’ll avoid having another accident for the free dance on Tuesday and luckily the malfunction didn’t set them back too far.