Physicist Neil deGrasse Tyson said Friday that “the power of prayer” does not stop bullets.

Tyson was responding to the recent school shooting in Florida, which cost 17 students and teachers their lives. Last week, a deranged gunman opened fire at Stoneman Douglas High School in the deadliest school shooting since Sandy Hook. The shooting has reignited the gun control debate in the country, with many on the political left calling for stricter gun control laws.

For his part, Tyson said this of people who are offering prayers for the victims of the shooting:

Evidence collected over many years, obtained from many locations, indicates that the power of Prayer is insufficient to stop bullets from killing school children. 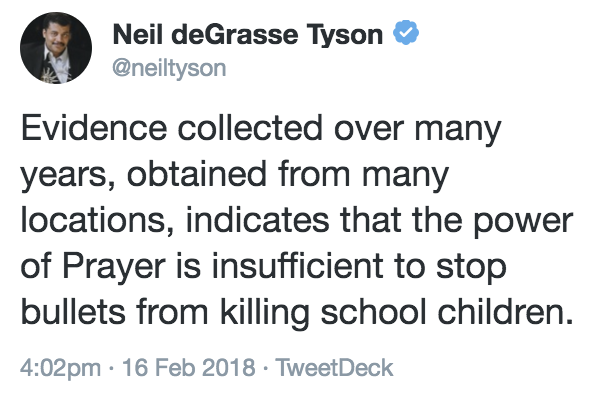 The offensive comment was not received well by right-leaning commenters on the internet. Tyson got rekt: 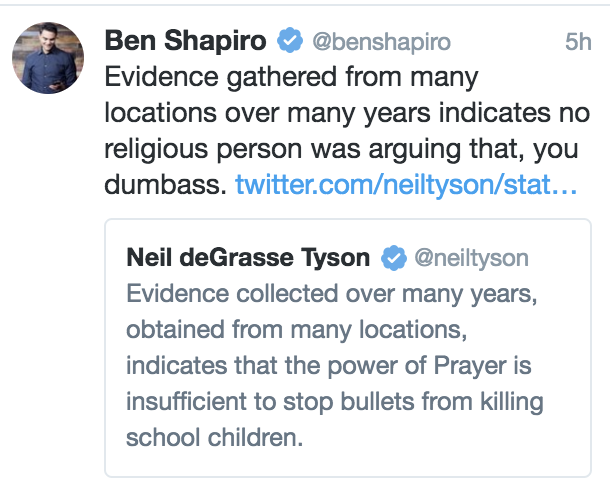 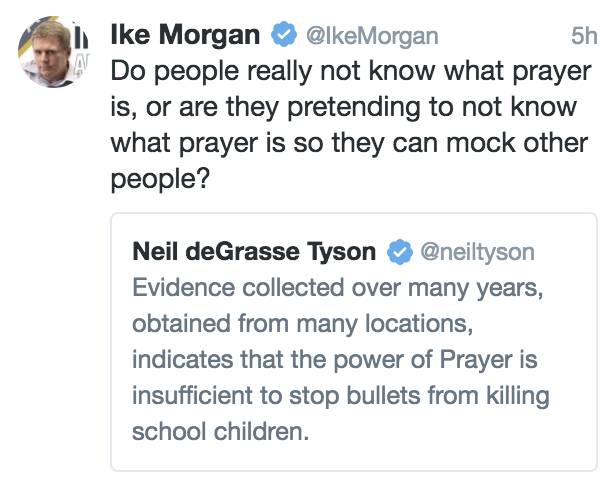 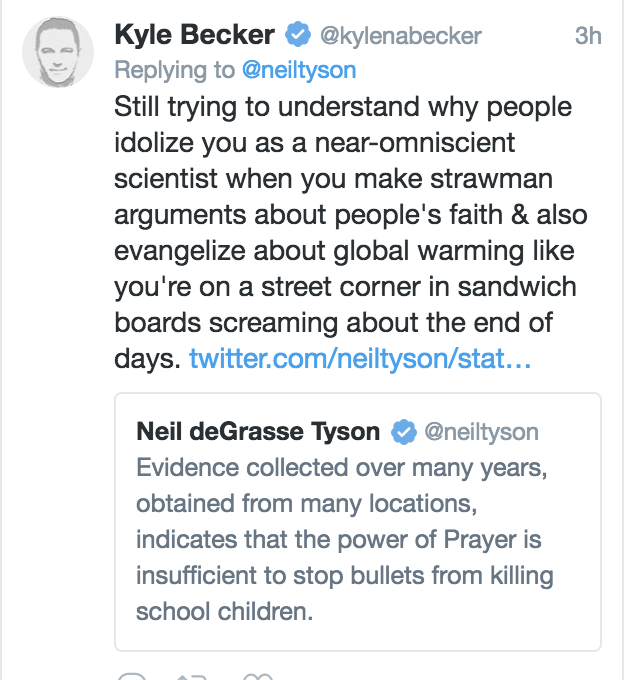 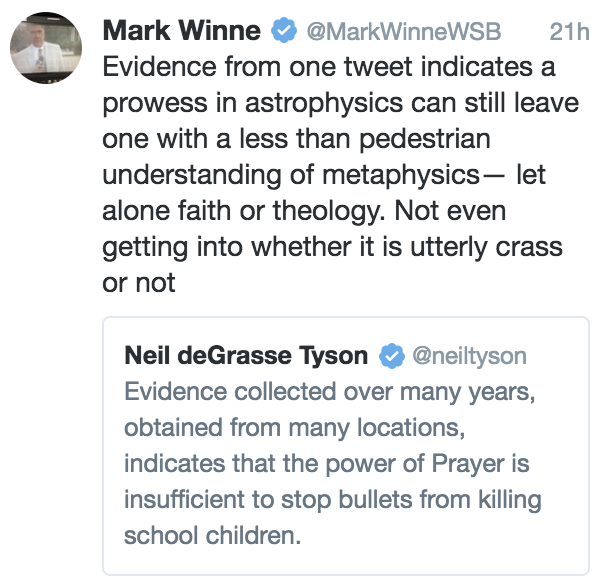 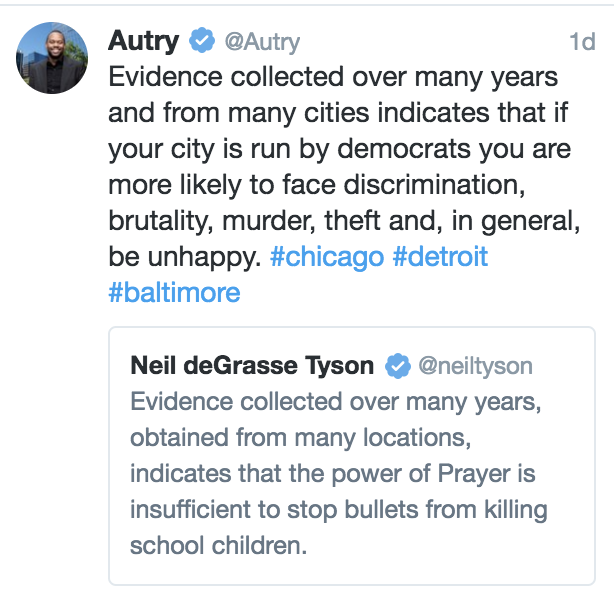 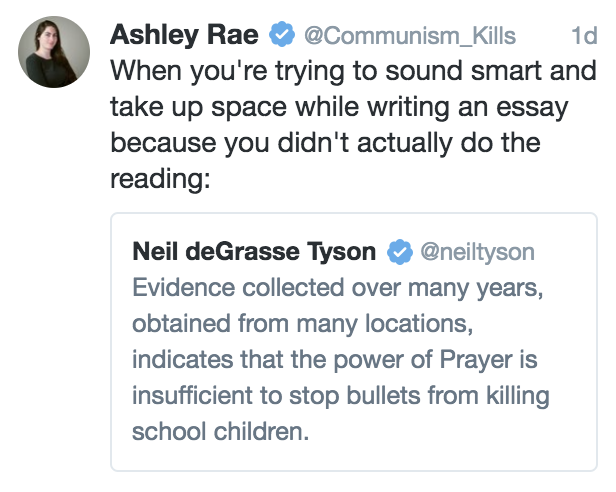 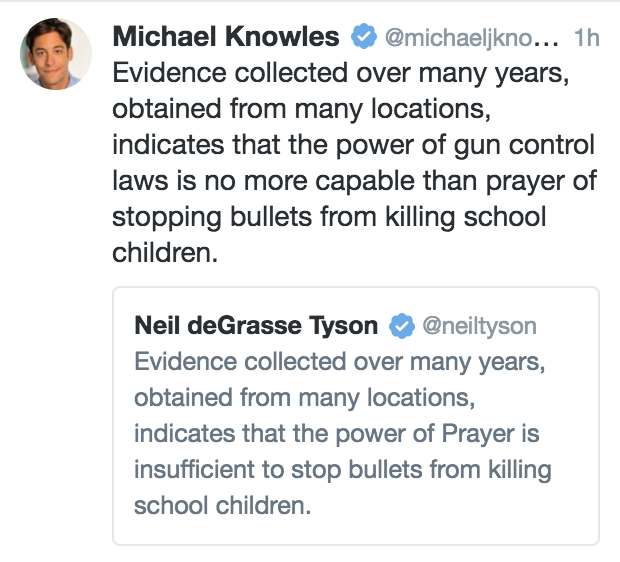 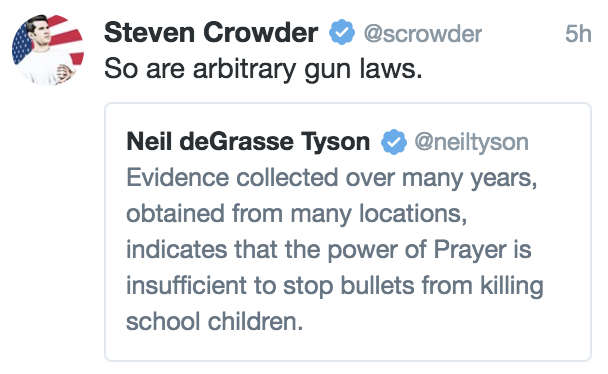