Former President Barack Obama sparked a liberal backlash by praising Rev. Billy Graham, who passed away on Wednesday at the age of 99.

“Billy Graham was a humble servant who prayed for so many – and who, with wisdom and grace, gave hope and guidance to generations of Americans,” Obama wrote on Twitter, shortly after news of Graham’s death became public.

Liberals lashed out at Obama for not trashing Graham after death for the preacher’s Christian beliefs about gay marriage. (Obama, it’s worth noting, also opposed gay marriage when he first ran for president in 2008.)

“Billy Graham was a bigot”

“No he wasn’t he was a piece of shit”

“Graham was a homophobe”

“You don’t have to do this anymore!” 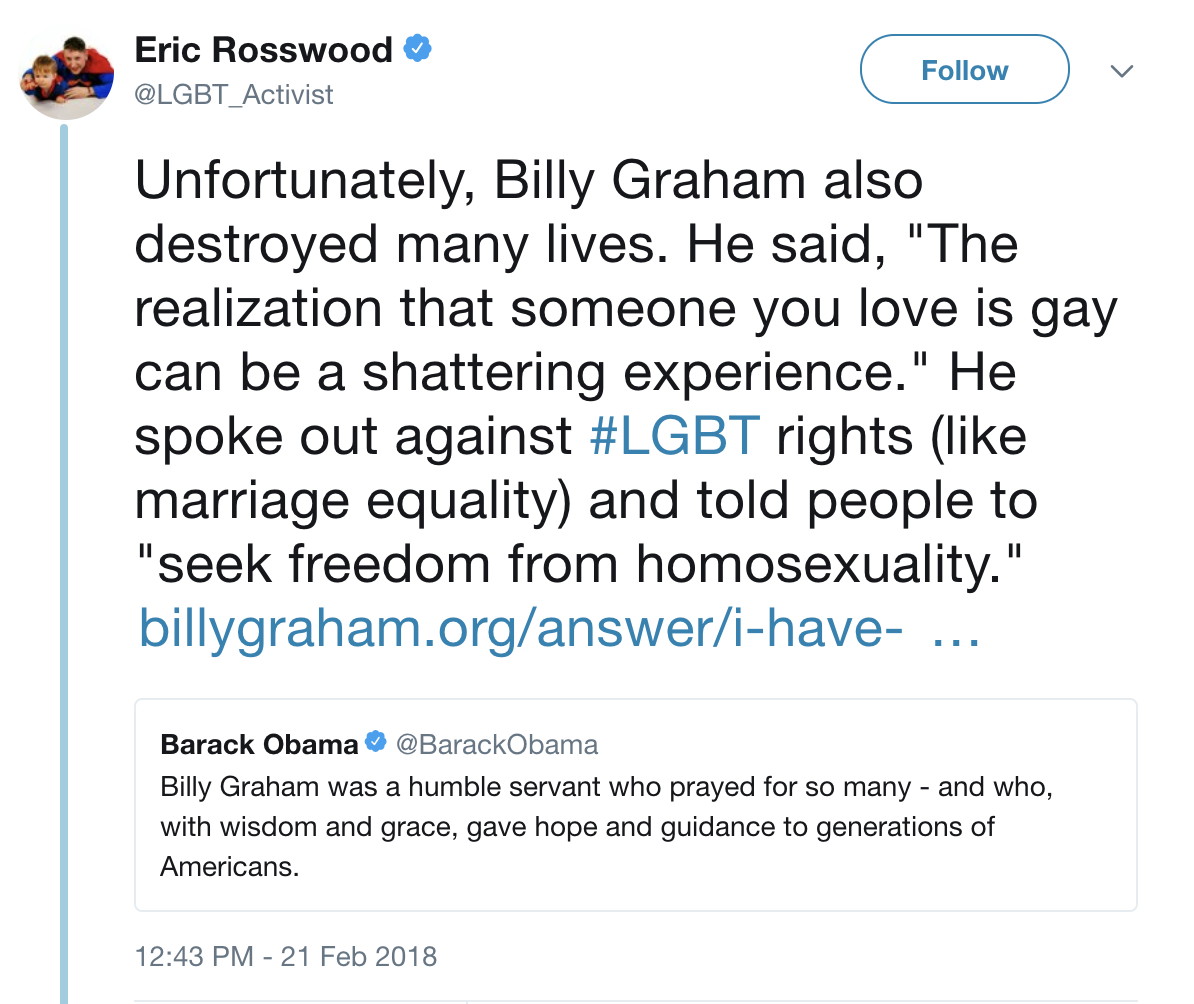 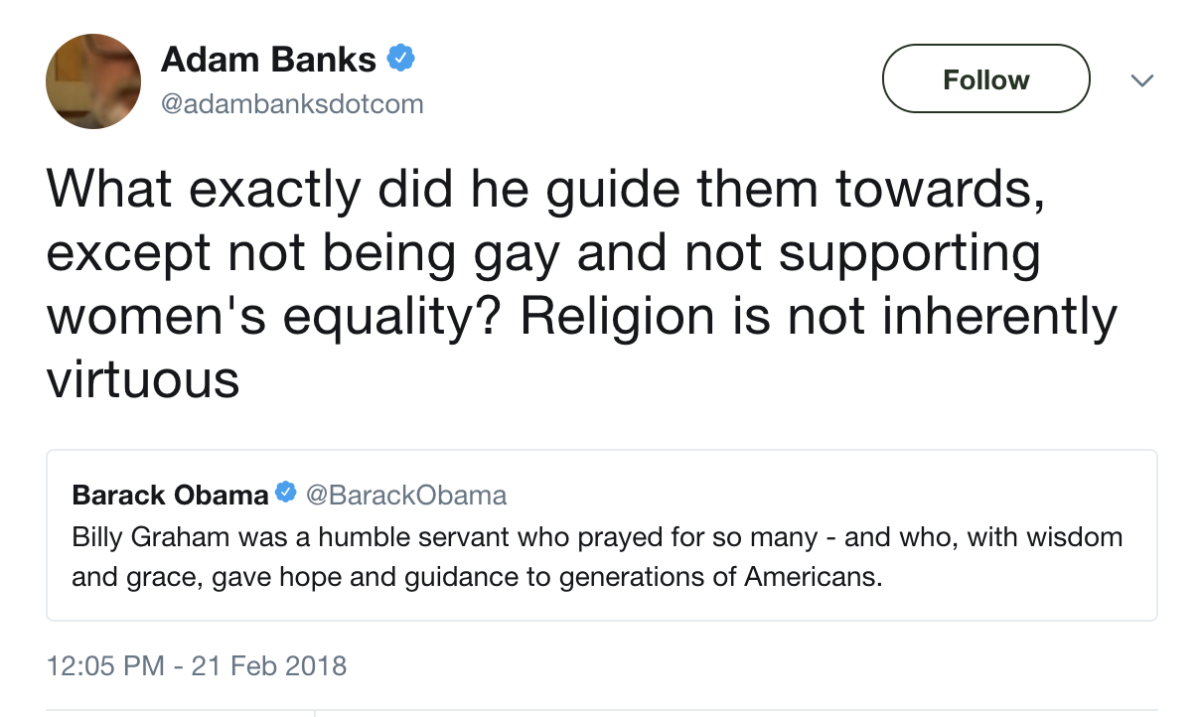 “What exactly did he guide them towards except not being gay and not supporting women’s equality? Religion is not inherently virtuous” 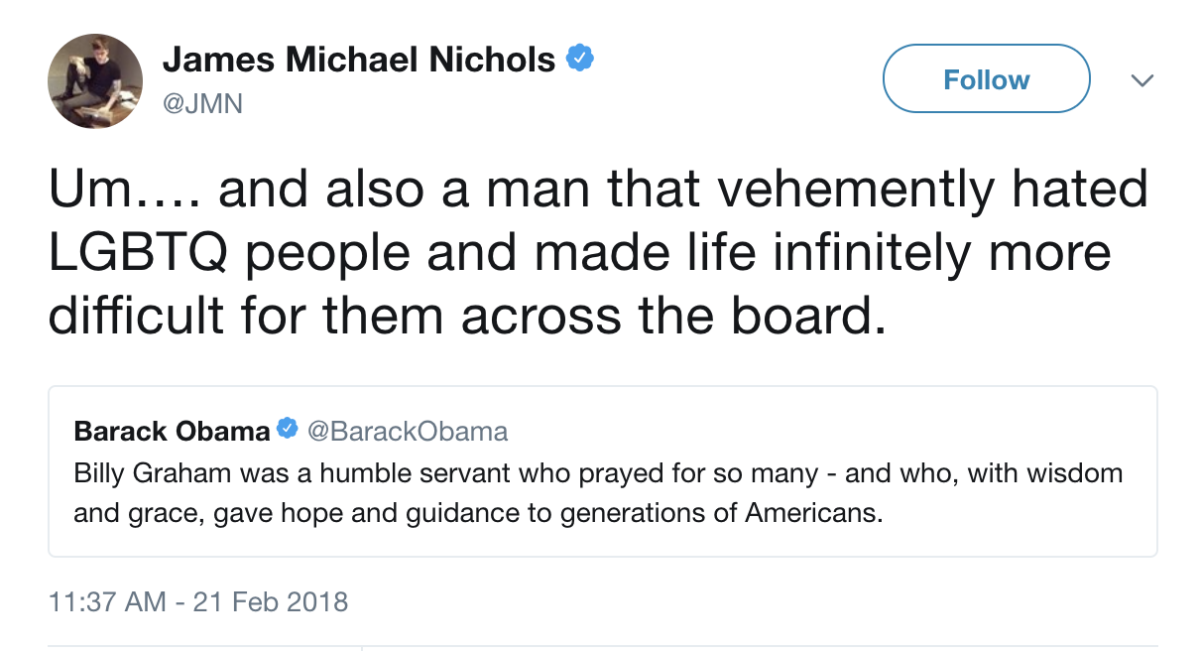 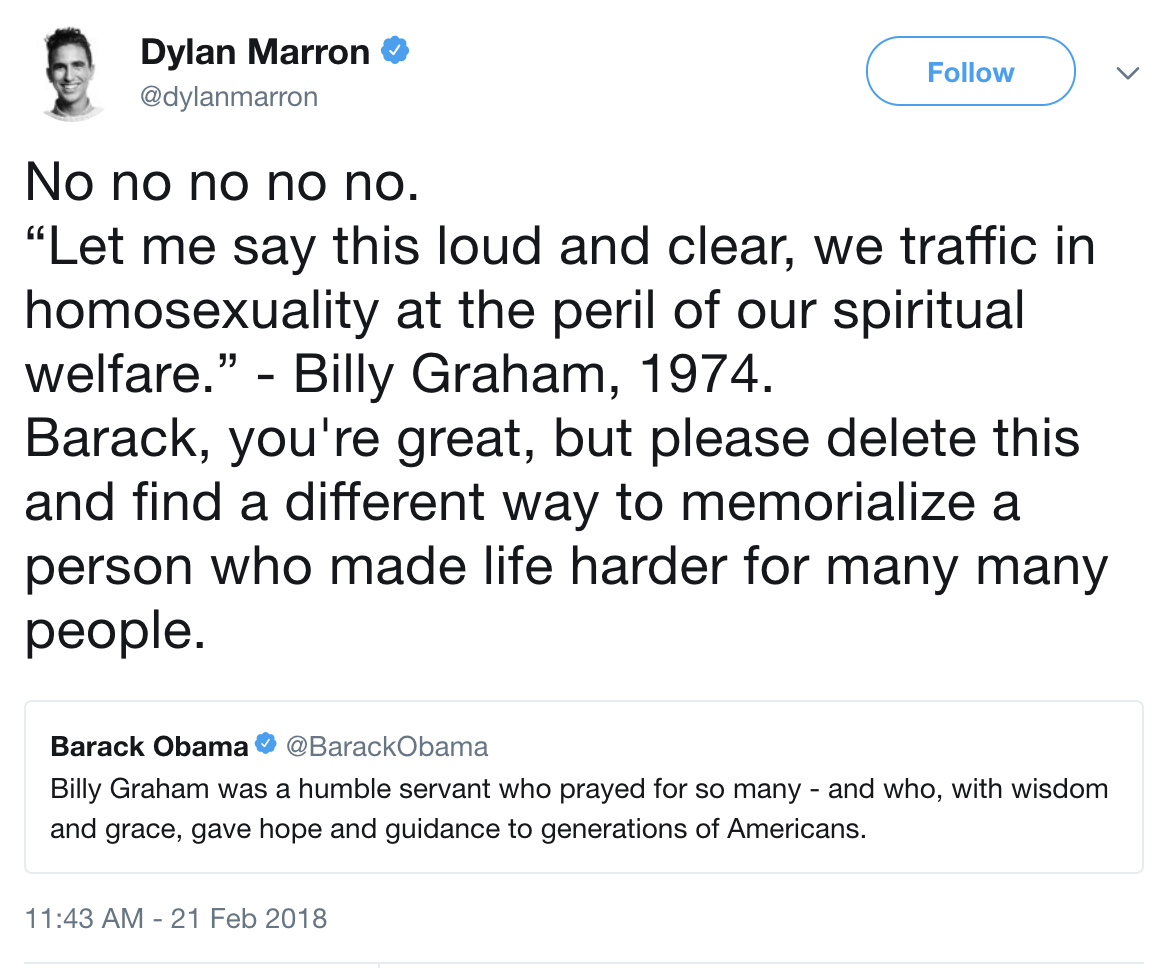