Graham was one of the most famous preachers of the 20th century and a close spiritual adviser to multiple American presidents. His large-scale evangelistic rallies, many of which were televised, featured plain-spoken explanations of the Christian message with calls to unbelievers to trust in Jesus for salvation. 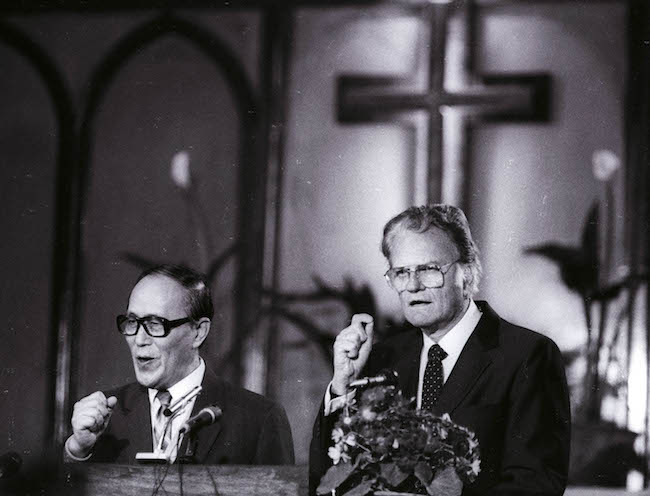 As American evangelist Billy Graham preaches to the congregation at Chongwenmen church Sunday, April 17, 1988, his words and gestures along with their fervor are translated into Chinese by Philip Teng. It was Graham’s first visit to China. REUTERS/Edward Nachtrieb

The rallies, which came to be known as crusades, drew hundreds of thousands of people, and the television broadcasts reached many more. It is estimated that he spoke to more than 80 million people in person.

“My one purpose in life is to help people find a personal relationship with God, which I believe comes from knowing Christ,” Graham said in a quote shared on his association’s website.

Graham was from Charlotte, North Carolina. 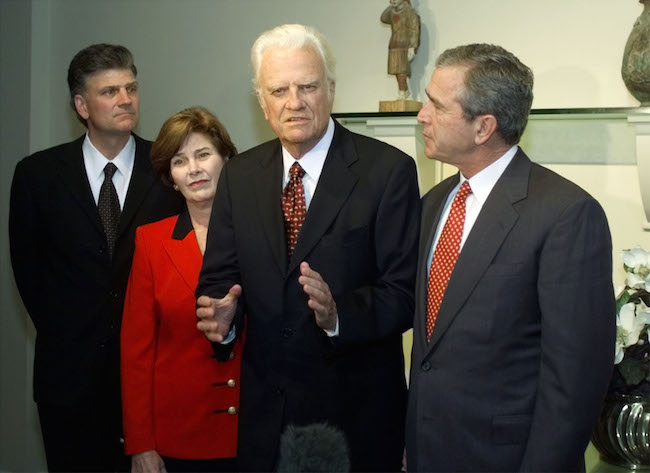 He identified himself with Rev. Martin Luther King, Jr. by bailing him out of jail after King had been arrested in the 1960s, and sought to racially integrate his rallies.

“Had it not been for the ministry of my good friend Dr. Billy Graham, my work in the civil rights movement would not have been as successful as it has been,” King once said. 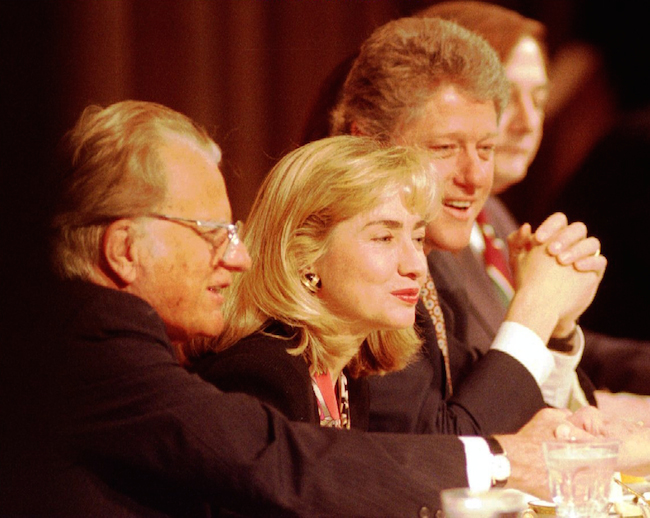 “When America needs a chaplain or pastor to help inaugurate or bury a president or to bring comfort in times of terrible tragedy, it turns, more often than not, to him,” Christianity Today wrote.

At Wheaton College, Graham met his wife Ruth Bell, who passed away in 2007. They had five children — Virginia, Anne, Ruth, Franklin and Nelson. 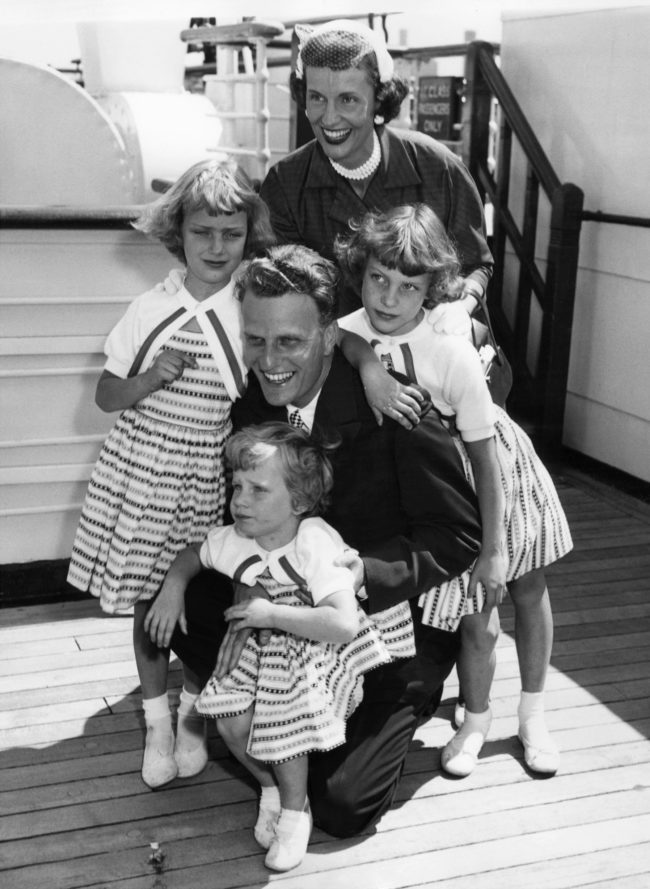 Billy Graham, 35, the American evangelist, is greeted by his wife and children, Virginia, 8 (L), Anne, 6 (R) and Ruth (Bunny), 3 (foreground) aboard the liner “Queen Mary” on his return to New York June 7, 1954, from a religious tour of Europe. (Photo: AFP/AFP/Getty Images)

He had met with every U.S. president since Harry Truman, and while he was closest to Lyndon Johnson and Richard Nixon, he took a step back from the political realm after the Watergate scandal, declining to join the Religious Right movement of the 1970s, according to Christianity Today.

“When I was president, I was thankful that Billy came to the White House to visit,” former President George W. Bush once remarked. “He has no political agenda. He has an agenda of the Lord.”

My father @BillyGraham​ has met every President of the U.S. since Harry S. Truman. Watch this #PresidentsDay clip. pic.twitter.com/8gYUI88C5M