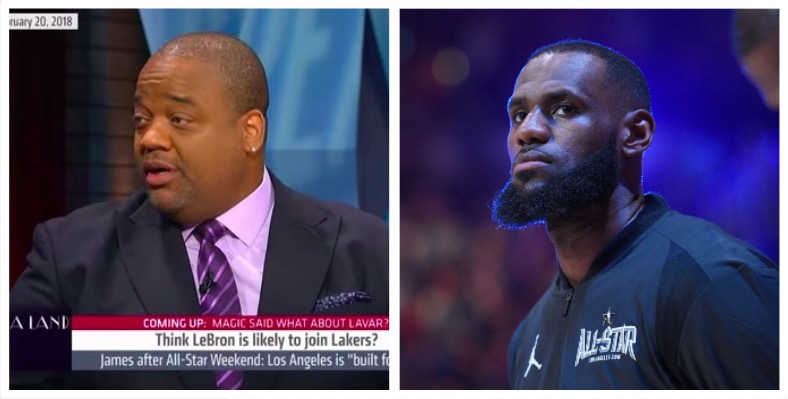 Whitlock, speaking on Tuesday’s episode of his “Speak For Yourself” podcast, called James’ assertions “well intentioned” but “laughable.”

“If LeBron really wants to be like Ali and MLK, he should sharpen his point of view by engaging with his critics.” — @WhitlockJason pic.twitter.com/FYUWQyteEF

“It’s laughable. It’s foolish. It cheapens the boldness and courage it takes to truly compete in the marketplace of ideas.”

“LeBron James is well-intentioned, but if he truly wants to be a powerful voice on social issues, he needs to have his sharpened by competing in the marketplace of ideas,” Whitlock flatly stated. “Or he can remain blind to the simple things he clearly doesn’t know.”

You can watch the entire 12 minute long podcast below.