Jennifer Lawrence responded to a bizarre controversy by saying that it was her choice to wear a revealing dress outside in the cold, and that no one forced her to do so.

A handful of feminists had suggested that Lawrence was forced to wear the Versace dress outdoors in London, while her male “Red Sparrow” coworkers got to wear winter-weather clothing, and that the situation was a sign that sexism is still alive in Hollywood.

“I am extremely offended,” she wrote in on Facebook Wednesday.

“That Versace dress was fabulous, you think I’m going to cover that gorgeous dress up with a coat and a scarf,” she added. “I was outside for 5 minutes. I would have stood in the snow for that dress because I love fashion and that was my choice.” 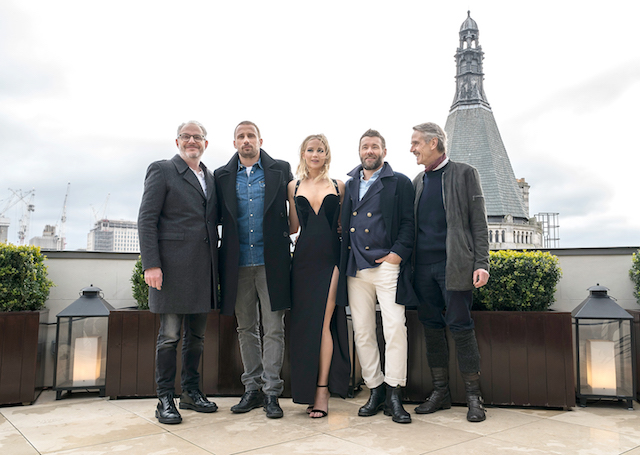 “This is sexist, this is ridiculous, this is not feminism,” Lawrence continued. “Over-reacting about everything someone says or does, creating controversy over silly innocuous things such as what I choose to wear or not wear, is not moving us forward. It’s creating silly distractions from real issues. Get a grip people. Everything you see me wear is my choice. And if I want to be cold THATS MY CHOICE TOO!”