Left-wing activist group MoveOn is organizing in support of the teen gun control protests, the group said in an email to supporters late Tuesday night.

While the students’ original push appears to have been organic, liberal activists are now trying to co-opt the grieving students for their own political goals. MoveOn said the group is “mobilizing our resources” to boost and amplify the protests, as well as encourage similar youth protests in the future

MoveOn will “boost organizing for the student-led marches and walkouts in March and April by recruiting MoveOn’s millions of members and using MoveOn’s social media megaphone to help promote student-led events in Washington, D.C., and in communities across the country, and supporting as needed in other ways,” the email stated. 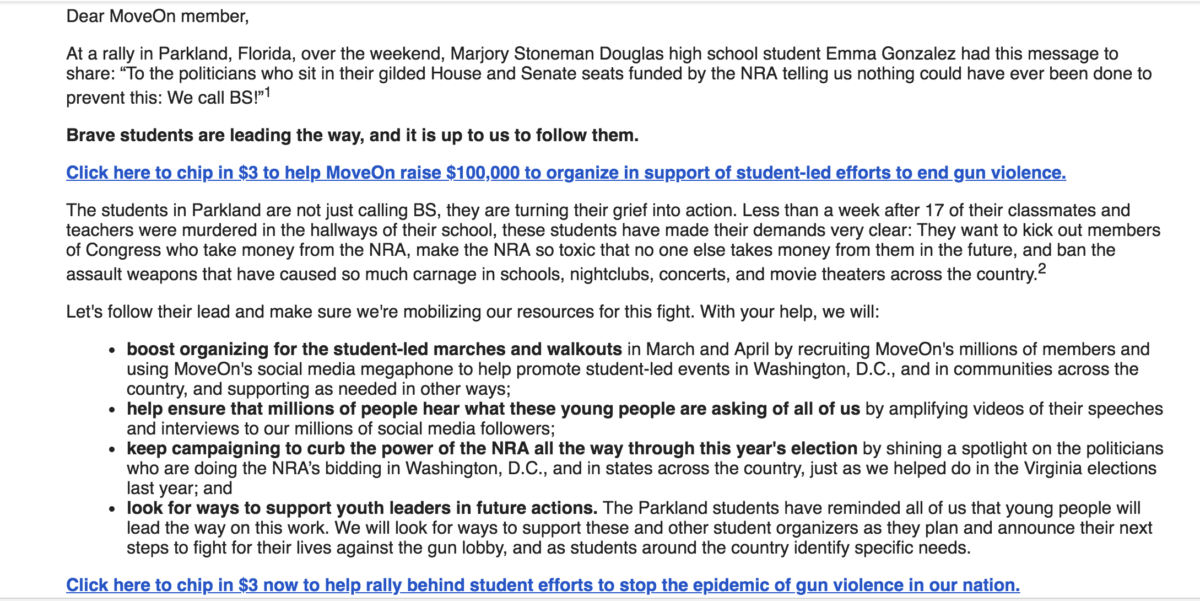 The group assured supporters that they will “help ensure that millions of people hear what these young people are asking of all of us by amplifying videos of their speeches and interviews to our millions of social media followers.”

The group, whose backers include left-wing billionaire George Soros, is trying to raise an additional $100,000 specifically for the student protests. (RELATED: Parkland Survivor: Media Using Tragedy To Push Gun Control)

“We will look for ways to support these and other student organizers as they plan and announce their next steps to fight for their lives against the gun lobby, and as students around the country identify specific needs,” the group said.