Lindsey Vonn’s final Olympic downhill race helped NBC’s Olympics ratings jump over the previous night and race past the coverage in 2014 from Sochi, Russia, according to Deadline Wednesday.

The networks combined coverage on NBC and NBCSN from the 23rd Winter Olympics in PyeongChang, South Korea, earned a 13.9/23 in metered market households. 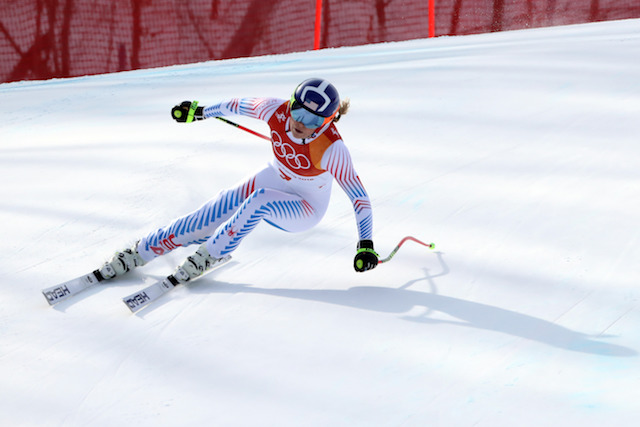 Vonn taking home the bronze, in what she called her last Olympic downhill competition, helped the network jump past Monday night’s coverage by 10 percent from the early numbers, which scored 18.6 million viewers.

To put further context on the ratings, the combined coverage beat the comparable night’s ratings four years earlier from Sochi by 16 percent. However, the coverage from the 22nd Winter Olympics was only broadcast on the network.

While the ratings boost will obviously be a welcome sight to the networks and advertisers, Tuesday night’s numbers fell by 9 percent from U.S. Olympian Shaun White’s gold medal performance on the halfpipe on February 13.