President Trump’s approval ratings are higher right now than President Obama’s were at the same time in his presidency, according to a new report.

The article also reports, “President Obama earned 45% approval on this date in the second year of his presidency.”

This puts President Trump at a higher approval rating than his predecessor. 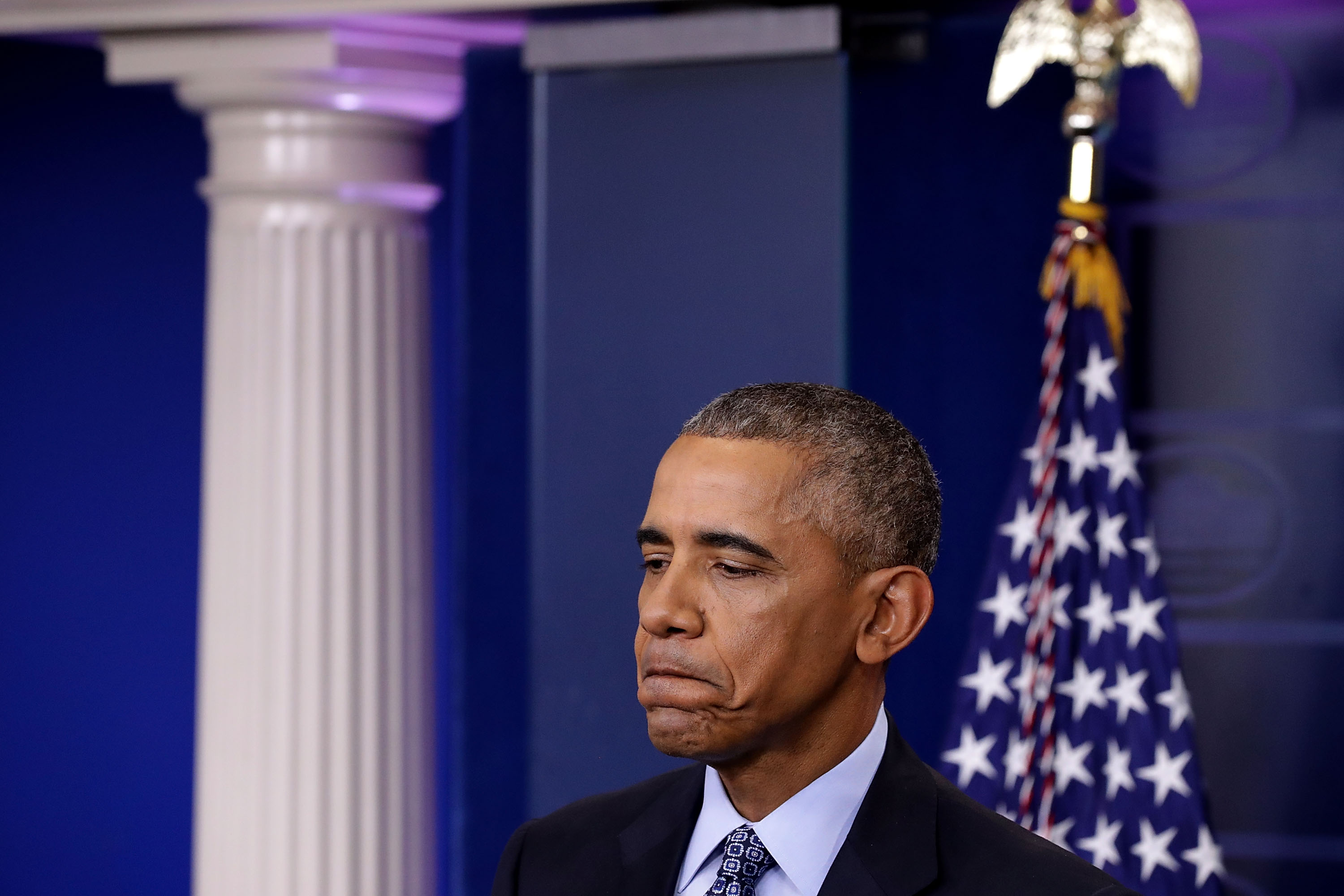 WASHINGTON, DC – JANUARY 18: U.S. President Barack Obama holds the last news conference of his presidency in the Brady Press Briefing Room at the White House January 18, 2017 in Washington, DC. This was Obama’s final question-and-answer session with reporters before New York real estate mogul and reality television personality Donald Trump is sworn in as the 45th president of the United States on Friday. (Photo by Chip Somodevilla/Getty Images)

Trump’s positive approval ratings on Rasmussen may be bad news for Democrats who are hoping to win big in the midterm elections in 2018. (RELATED: Everyone Talking About A ‘Blue Wave’ In November Should See These Latest Poll Numbers For Democrats)

“I have a couple of these characters in the back say, ‘Oh, he really doesn’t want the wall, he used that for campaigning.’ Can you believe it? I say every time I hear that, the wall gets 10 feet higher. You know that, right? Every time. Every single time.” (RELATED: ‘The Snake’ — Trump Doubles Down On Immigration Promises During CPAC 2018 Speech)