MSNBC host and former Republican Joe Scarborough has joined the liberal campaign against the NRA and is calling on video streaming services to ban the NRA’s channel from their platforms.

Liberal activists are trying to pressure Amazon, Apple, Google and Roku into banning NRA from their platforms as a response to last week’s Florida school shooting, which followed a series of law enforcement failures. Scarborough jumped on the bandwagon Friday evening and called on the companies to censor NRATV.

“Lawyers from @Apple @amazon @Google and @RokuPlayer should watch these disturbing videos and remove this channel. They incite violence and could make anyone streaming them liable,” Scarborough claimed. 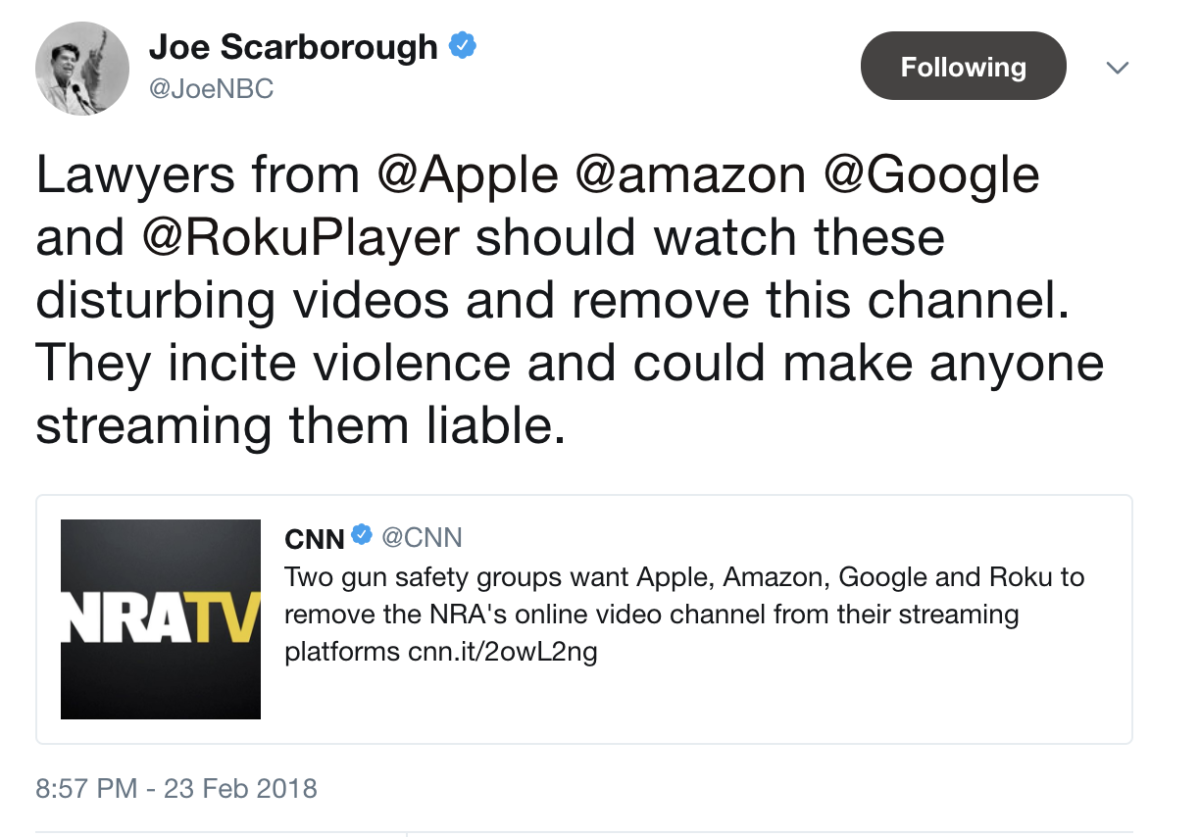 Scarborough and his co-host, Mika Brzezinski, have both endorsed the liberal campaign to pressure companies into cutting any ties with the NRA. 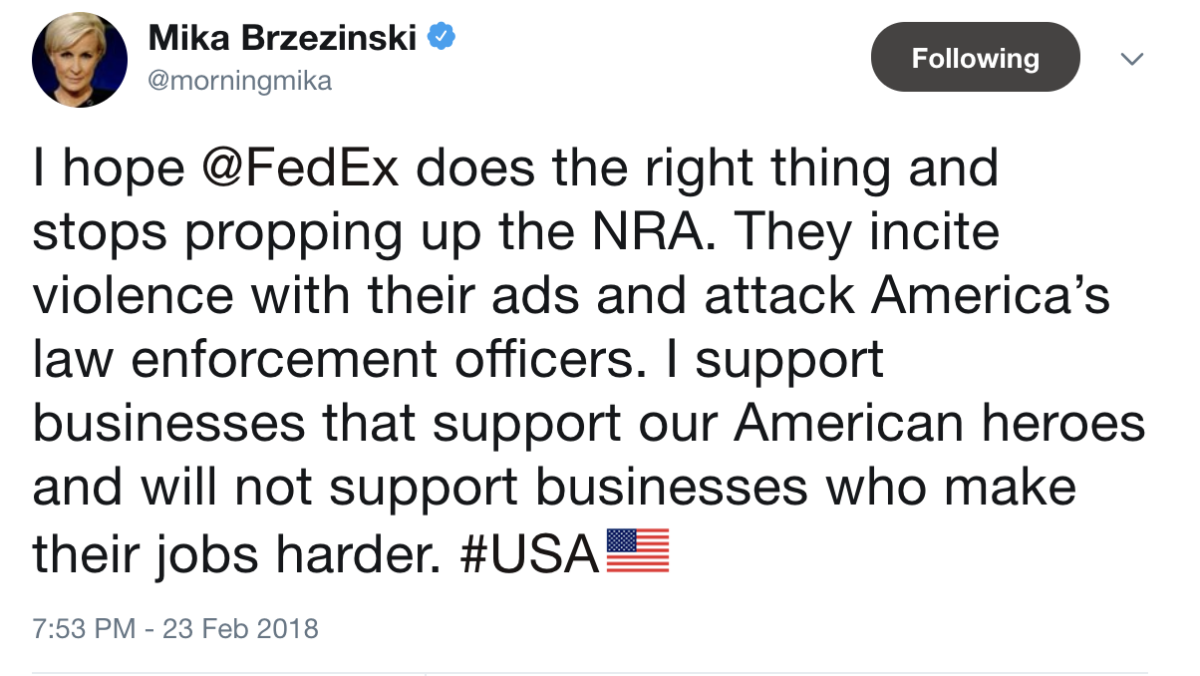 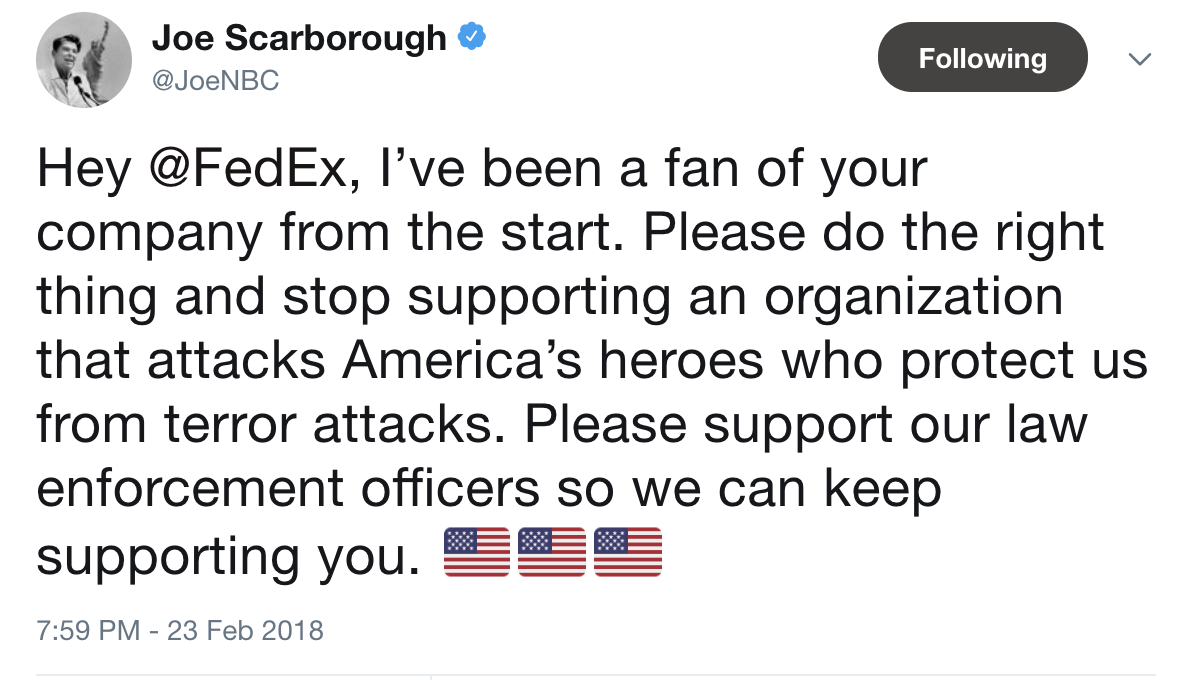 Several companies including United Airlines and Delta, among others, have severed partnerships with the NRA in response to the liberal pressure campaign.