Florida Gov. Rick Scott has formally tasked the Florida Department of Law Enforcement to launch a probe into the Broward County Sheriff’s Office over their mishandling of the Parkland shooting.

“I have asked for FDLE to immediately investigate the law enforcement response and will continue to review this matter as more facts come out. There must be an independent investigation and that is why I asked the FDLE Commissioner to immediately start this process,” Scott said in a Sunday night statement. 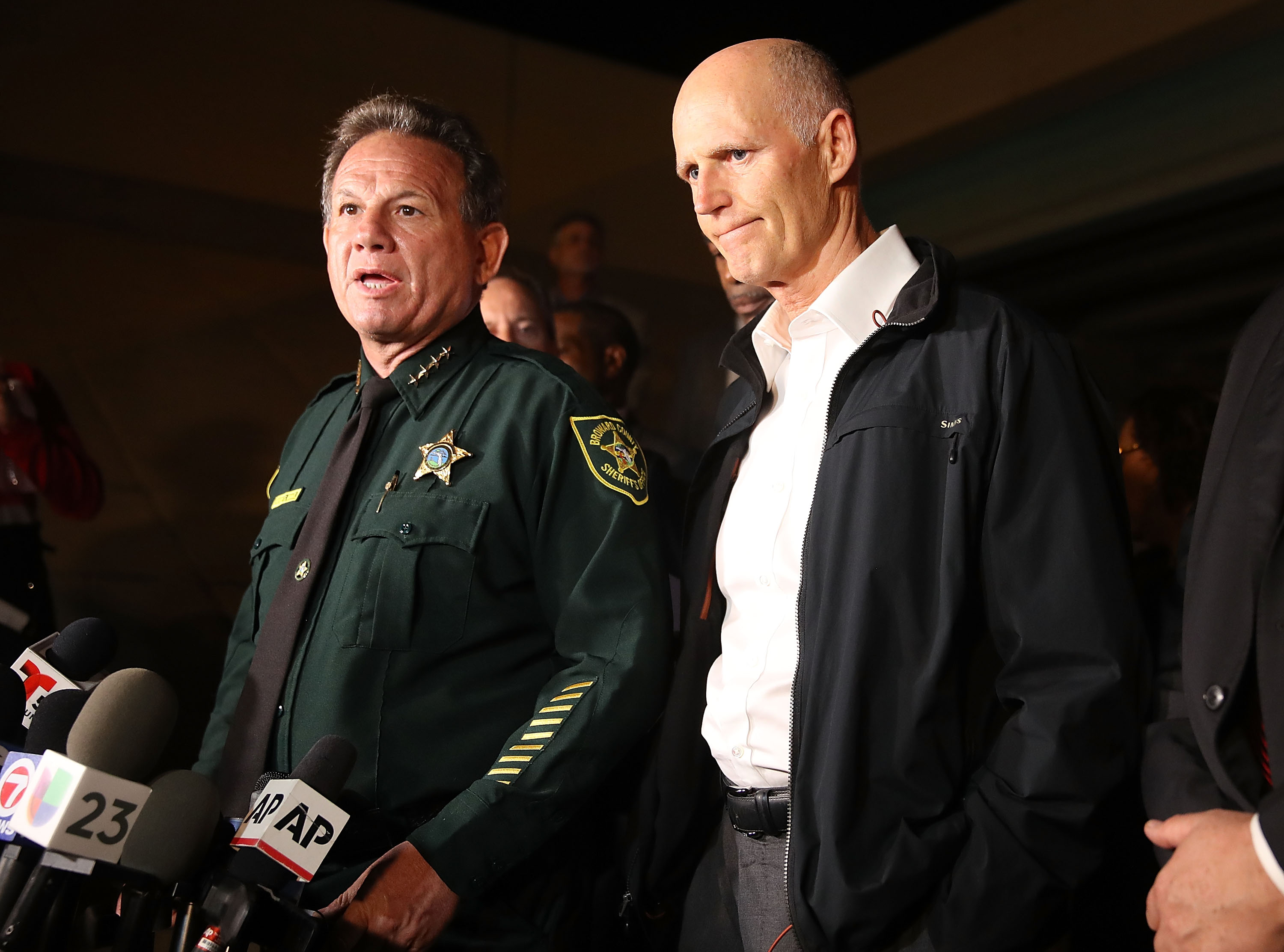 Scott Israel, Sheriff of Broward County, (L) and Florida Governor Rick Scott speak to the media as they visit Marjory Stoneman Douglas High School after a shooting at the school killed 17 people on February 14, 2018 in Parkland, Florida. (Photo by Joe Raedle/Getty Images)

“I have spoken to Speaker Corcoran about his request and I understand his concerns,” Scott added. “I have spoken to the Speaker regularly since the shooting, and like me, he wants the families to have answers and for there to be full accountability. That’s what the victims and their families deserve.”

Israel made headlines Sunday by stating in an interview with CNN’s Jake Tapper that he has shown “amazing leadership” in the wake of Nikolas Cruz’s killing spree, although the evidence would suggest otherwise.