Steyer, who has funded a massive impeachment campaign against the president, claimed on Monday that Trump wants to follow the lead of Chinese president Xi Jinping and abolish presidential term limits.

“It’s not just hats and ties. You can bet that’s another thing Trump wants to import from China,” Steyer wrote on Twitter. Steyer cited no evidence to support his conspiracy theory. 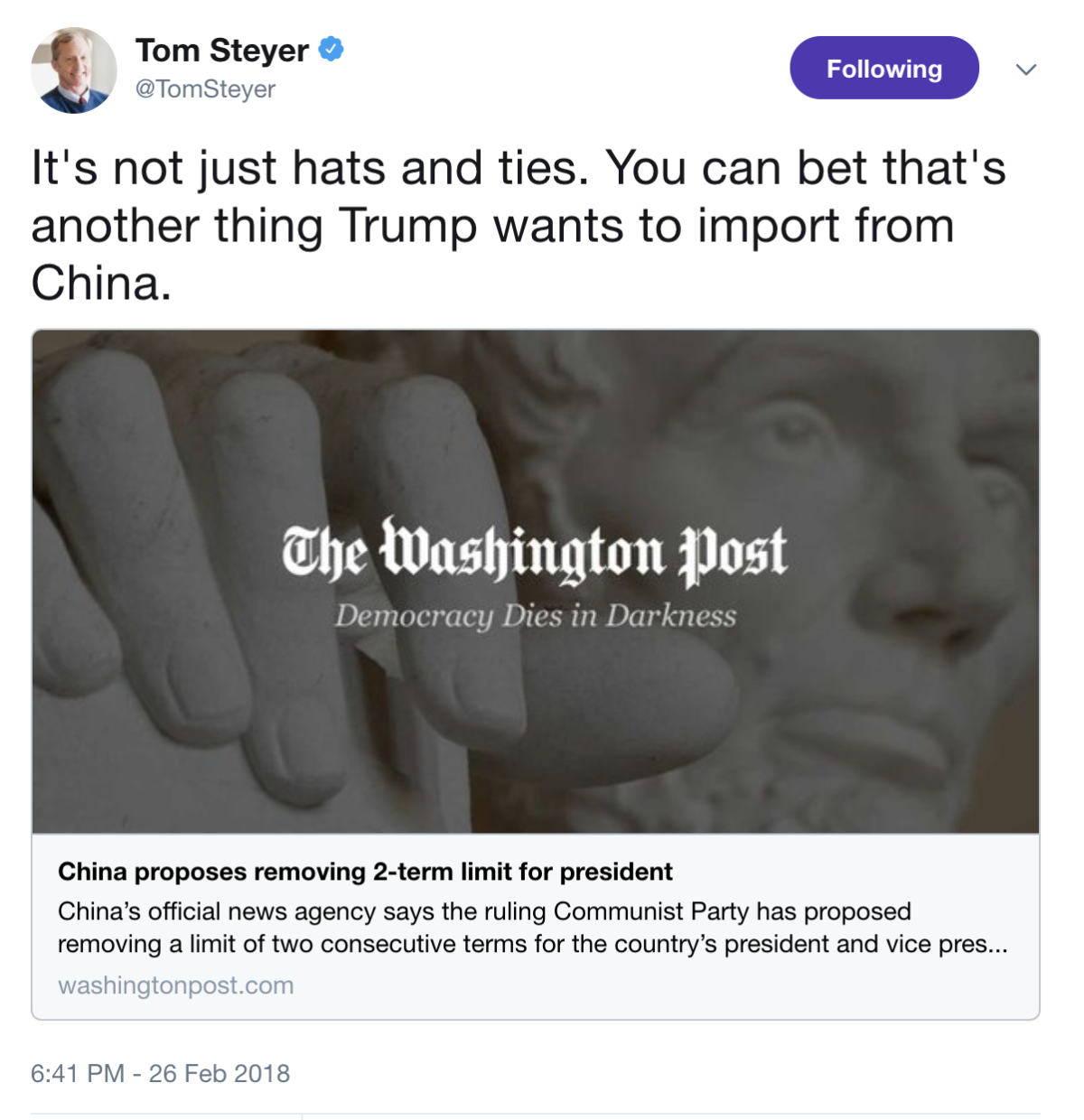 Steyer last fall announced a $20 million ad campaign against President Trump in an effort to gin up support for impeachment — an issue that has divided centrist Democrats from their left-wing counterparts.

The liberal billionaire plans to spend another $30 million on the 2018 midterm elections as part of his impeachment push. (RELATED: Tom Steyer: Billionaire Democratic Donor And Fusion GPS Client)