Sink opened the exchange by asking Sanders about new deadlines pertaining to security clearances for some members of the White House staff.

“The Oversight committee requested details from the White House about still pending clearances among the White House and whether there’s any derogatory information there,” he asked. “They’ve set a deadline for tomorrow. The Senate judicial committee sent a letter over today asking for some of the same information. I’m wondering if the White House plans to comply with those requests — I know you’ve been hesitant to release some of that information in aggregate.”

“I haven’t been hesitant,” Sanders shot back. “I’ve been very clear that we don’t discuss security clearances. That’s not changing today. It didn’t change yesterday. It’s not going to change tomorrow or next week.” 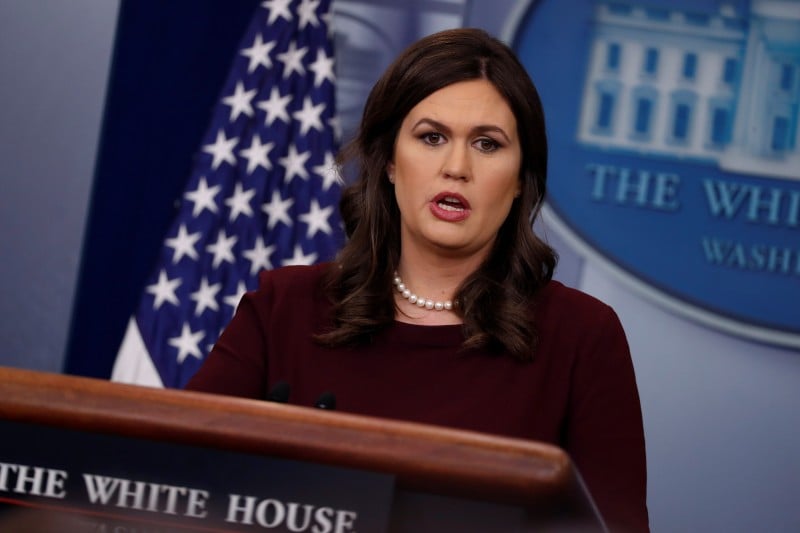 “So you’re not going to comply with the request?” pressed onward before Sanders interrupted him.

“I didn’t say that,” she flatly stated. “I said I’m not going to discuss security clearances with members of the press. That hasn’t been any different at any point in the administration. We have no intention of changing that right now.”

“Are you going to comply with those requests?” Sink attempted to clarify.

Sanders ended the conversation by telling Sink she would let him “know when we’ve had a chance to review that and make a decision.”