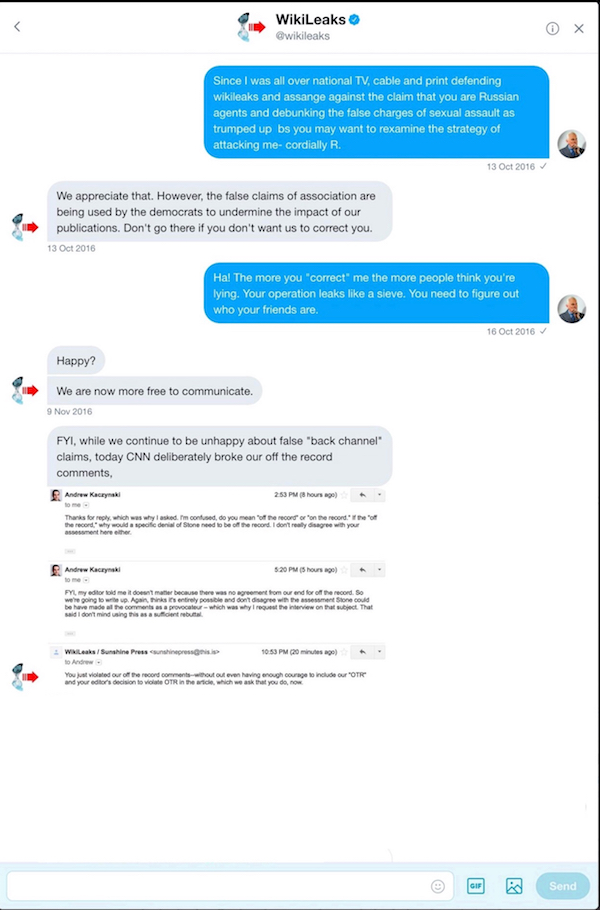 The messages show WikiLeaks’ post-2016 election attempts to continue communicating with Stone by providing pictures of an email exchange with CNN’s Andrew Kaczynski. Stone did not respond to the message.

Kaczynski told The Daily Caller the direct messages were in reference to a March 2017 story, but that he did not directly quote the emails.

“The true copy of this exchange provided many months ago to the House Intelligence Committee demonstrates I had no ‘collaboration’ with WikiLeaks,” Stone said in a statement to TheDC. His statement follows a partial publishing Tuesday of his exchanges with WikiLeaks by The Atlantic.

Stone has long been at the center of controversy over allegations that he worked with WikiLeaks founder Julian Assange to coordinate the release of hacked DNC emails during the 2016 presidential election.

“The content of the exchange with WikiLeaks shows neither any claim by me to have any information beyond what Assange himself had said publicly and reiterates the statement by WikiLeaks that I had not communicated with them prior to the release of the DNC emails that were both accurate and so damaging to Hillary,” he explained. “My frustration that whoever is manning the WikiLeaks Twitter direct messages is unaware that I had confirmed Assange’s claim to have Clinton material is also reflected. That was what I meant when I said WikiLeaks ‘leaks.'”

“Stone comes off as an aging diva trying to get on the Fame Train with a bunch of people in way over their heads with the Russians,” Intelligence expert and Naval War College professor Tom Nichols told TheDC after reviewing the full exchange. Nichols took care to note to clarify that following The Atlantic’s Tuesday story, the evidence was still currently lacking of any collaboration between Stone and WikiLeaks.

This is one step too far. What we know is that a guy close to Trump is trying to cozy up to a group he had to know was already in bed with the Russians. That doesn’t then equal: “Was Trump’s cut-out to Moscow.” Not saying it’s impossible, saying the evidence isn’t there yet. https://t.co/MrhplxFtl6

Accusations of collaboration with WikiLeaks have dogged Stone since he made statements in August 2016 that he was in “communication” with Assange and in October 2016 that he had a “back channel” of communication with the WikiLeaks founder. Stone later clarified that he had communicated with someone at WikiLeaks via radio host Randy Credico, who confirmed previous statements made by Assange. Credico has denied serving as a back channel to The Daily Beast.

Assange also pushed back against Stone’s claim that he was in contact with him in Twitter direct messages from August 2016 recently revealed by The Intercept.

“Stone is a bullshitter,” Assange said. “Trying to a) imply that he knows anything b) that he contributed to our hard work.”

Stone told TheDC that his August 2016 twitter prediction that “it will soon Podesta’s time in the barrel” was “based on the January 2016 Panama Papers exposure of the Podesta brother’s Russian business dealings with oligarchs close to Putin in banking, gas and uranium.”

A singular photo of Stone’s passport obtained by TheDC shows no foreign arrival stamps between 2010 and 2017, though no additional photos of the passport were provided to TheDC. “My passport proves I never left the country in 2016. I did drop my card off at the Ecuadorian Embassy when I was in London to address the Oxford Union in February of this year, to punk the British media and protest the continued persecution of Julian Assange who I believe is an honest journalist with a stunning record for accuracy.” 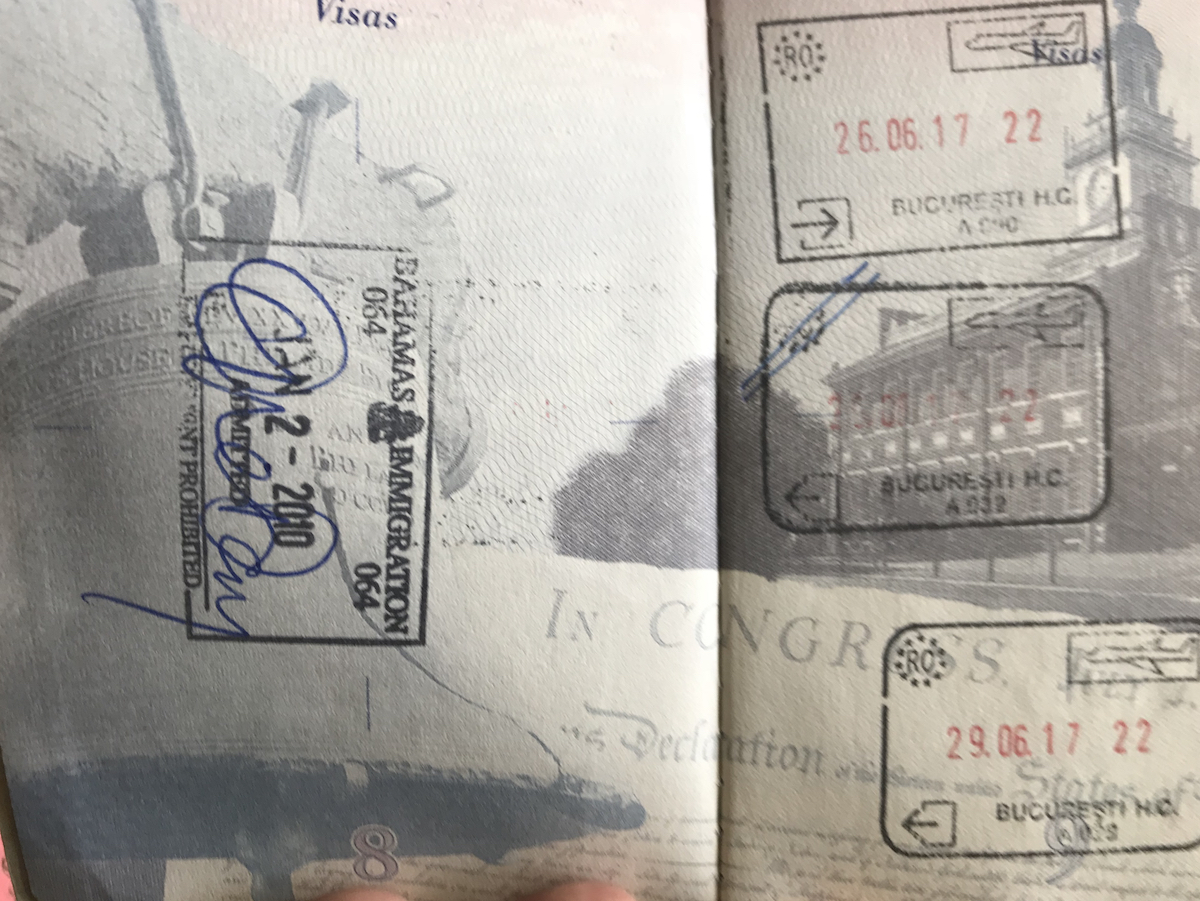