Daniel Frisiello, the man charged with sending envelopes with white powder to Donald Trump, Jr., donated to Democratic causes and expressed dislike of the president on social media.

Police arrested Frisiello in Beverly, Mass., Thursday in connection with sending five cryptic, threatening but evidently harmless letters to Trump and other figures, including a sitting Democratic senator and a Republican congressional candidate.

All five envelopes also contained a mysterious white substance which reportedly sent Trump’s wife, Vanessa, to the hospital after she opened the letter.

“You are an awful, awful person,” the note to Trump, postmarked Feb. 7, said. “I am surprised that your father lets you speak on TV. You make the family idiot, Eric [Trump], look smart. This is the reason why people hate you, so you are getting what you deserve. So shut the [expletive] UP!”

Frisiello made one donation of $75 to Act Blue in April 2016, earmarked for the Massachusetts Democratic State Committee, according to records from the Federal Election Commission. The filing indicates that Fisiello was unemployed at the time.

Frisiello followed a number of progressive causes on Facebook, and according to his public profile, he frequently shared posts critical to President Donald Trump and Republicans, including one meme shared Nov. 7, 2016, the day before the election, which compared Trump to Adolf Hitler. “Called it!” Frisiello commented over the image. 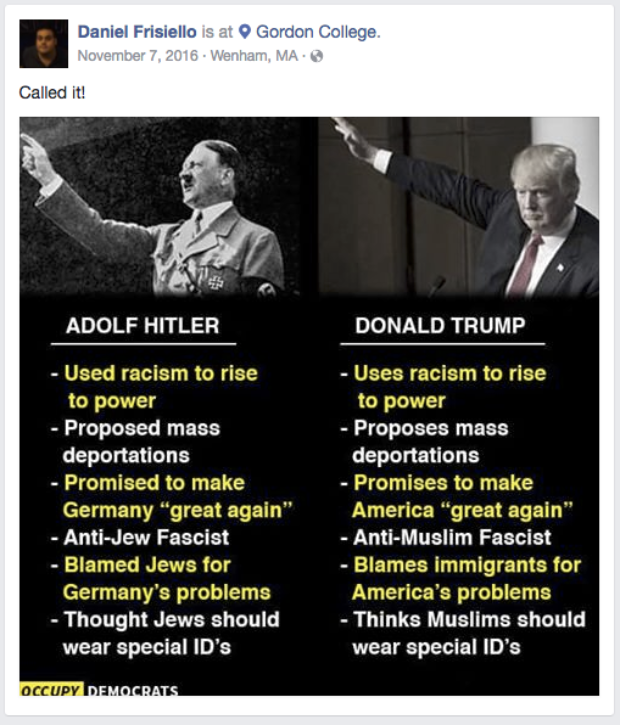 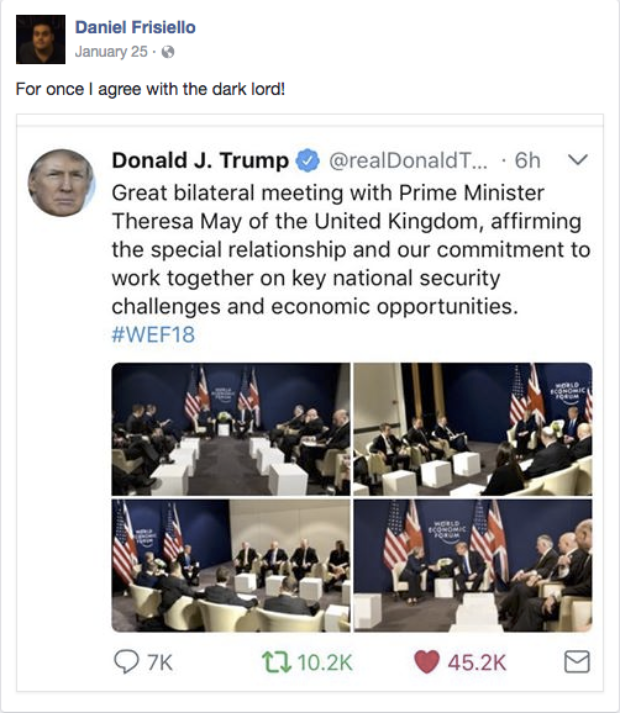 The other powder-filled envelopes Frisiello allegedly sent were addressed to Michigan Democratic Sen. Deborah Stabenow, the U.S. Attorney for California, a professor at Stanford Law School, and Antonio Sabato Jr., who recently announced his candidacy as a Republican for a California congressional district.

“All five envelopes contained a white powder,” officials said. “At this point, testing has determined the powder in each envelope to be nonhazardous.”