Los Angeles police confirmed Thursday that they responded to a “disturbance” call at the home of “90210” star Tori Spelling, according to People magazine.

LAPD officer Rosario Herrera said that authorities received a “call for service” at 7:17 am Thursday morning. However the nature of the disturbance at the 44-year-old actress’ home was not given. 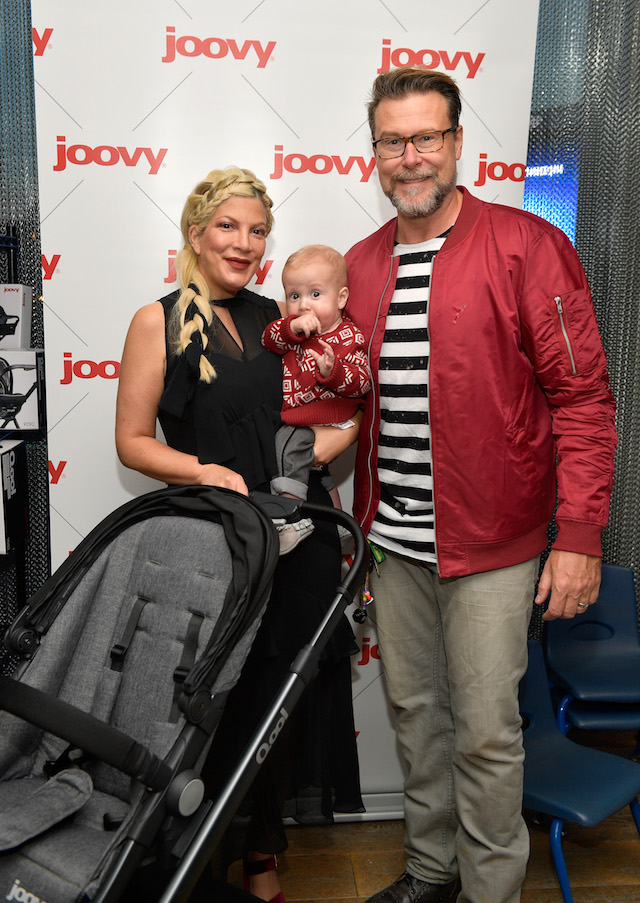 “It’s still ongoing,” she added. “We have officers at that location.”

Another officer told the outlet that the nature of the call was a “domestic incident” and that no crime was committed. However, they would not confirm who made the call.

Earlier reports by TMZ and The Blast said that audio dispatch calls for the location involved a “female” with “mental illness” issues and having a possible “nervous breakdown.”

Spelling reportedly called police Wednesday night after believing someone was breaking into her home, but it ended up just being her husband, Dean McDermott, arriving home.

On Wednesday, the actress hung out with reality star Corinne Olympios. The “Bachelor” alum told TMZ that she thought Spelling was “overwhelmed” with motherhood struggles lately.

Late Thursday, TMZ reported that officers had left the star’s home. Sources said that no one was arrested and police felt Spelling did not “meet the criteria” to be held for mental evaluation.