A Democratic Pennsylvania mayor faces decades in prison after he was convicted on nearly 50 charges of corruption in court Thursday.

Allentown Mayor Ed Pawlowski was found guilty on 47 of the 54 charges against him which included bribery, conspiracy, fraud, attempted extortion as well as lying to federal officials. Pawlowski also changed city contracts in order to raise money for his campaigns for Mayor, The Morning Call reported.

After the verdict was announced, Pawlowski reportedly cried in the courtroom, his wife collapsed in the hallway. A date has not yet been set for Pawlowski’s sentencing, but the Democratic mayor who has been in office for since 2006 will be free on bail until his court date.

Assistant U.S. Attorney Anthony Wzorek blasted Pawlowski’s behavior after the hearing and said he will continue to search for corruption in an interview with The Morning Call.

“This type of behavior is not acceptable,” Wzorek said. “If they don’t have it of their own mind to think this is unacceptable, we will be watching, and the FBI will be doing investigations and will root out corruption.” 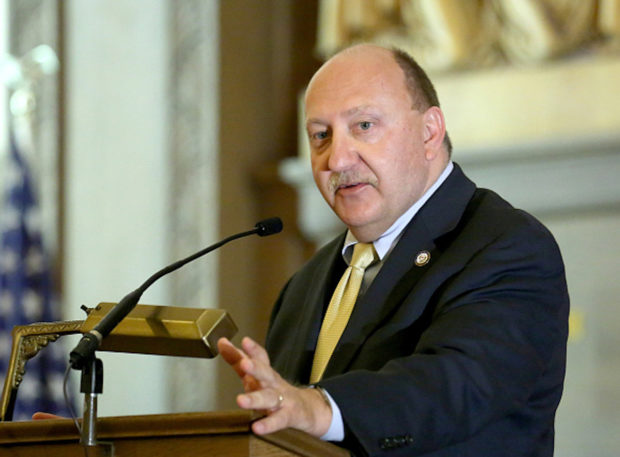 The front of the local paper, The Morning Call, featured a photo of Pawlowski leaving the courtroom with cameras following him. (RELATED: Democratic Mayor May Face Criminal Charges After Nude Cellphone Photos And Deleted Chats Surface)

Read all about it the Friday @mcall paper pic.twitter.com/fXMEFESI6A

If found guilty, Pawlowski faces 20 years in prison on each count of corruption.