Warren Beatty and Faye Dunaway will present the best picture Oscar award once again Sunday night, a year after they read from the wrong envelope, the Hollywood Reporter confirmed Friday.

The two veteran actors were spotted rehearsing Thursday night at the Dolby Theatre in Los Angeles. 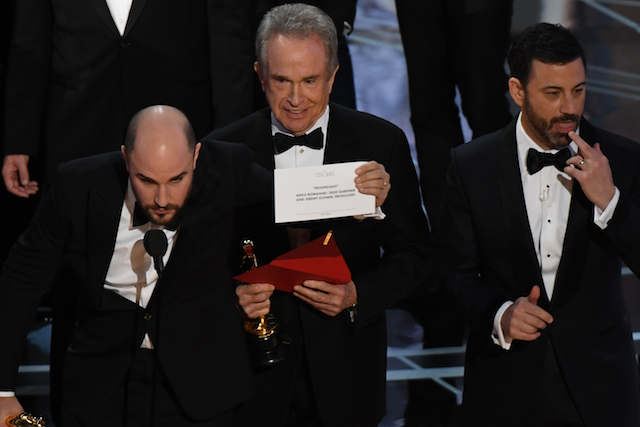 Beatty and Dunaway were asked to present the award in 2017 to honor the 50th anniversary of their “Bonnie and Clyde” film.

Unfortunately, on-site accountants with PricewaterhouseCoopers handed them an envelope for the wrong category, leading Dunaway to mistakenly call out “La La Land” as the winner, instead of the actual winner, “Moonlight.”

“The presenters had mistakenly been given the wrong category envelope and when discovered, was immediately corrected,” a statement for PricewaterhouseCoopers read.

Beatty explained the mix-up that night.

“I opened the envelope and it said ‘Emma Stone, La La Land.’ That’s why I looked at Faye, and at you. I wasn’t trying to be funny,” Beatty shared at the time.

“It’s a moment I still have not recovered from,” Dunaway shared in an interview on the “Today” show” afterwards. “What happened that night was Warren opened the envelope, took the card out and didn’t speak.”

“He’s charming, you know,” she added. “He makes you wait. And I read the name of the film on the card and it was the wrong name.”

The Oscars will air Sunday night on ABC.