The Secret Service mobilized in response to reports of what appears to be a suicide attempt outside of the White House Saturday morning.

Secret Service members were not forced to return fire.

No other people appear to be injured.

BREAKING: Secret Service personnel are responding to reports of a person who allegedly suffered a self-inflicted gun shot wound along the north fence line of @WhiteHouse.

UPDATE: Medical Personnel are responding to the male victim.

A One America News cameraman caught video of people fleeing Lafayette Square — just north of the White House grounds — in the immediate aftermath of the situation.

Video taken by @OANN videographer immediately after shots rang out. SS has just told me situation under control. Still on lockdown for the meantime. pic.twitter.com/GRtzjoS0uy

Reporters at the White House were told to shelter in the briefing room.

Fox News has footage of responders on the scene.

Traffic patterns around the White House have been interrupted as Secret Service conduct an investigation.

UPDATE: Pedestrian and Vehicular traffic around the @WhiteHouse is being impacted due to the incident.

President Donald Trump, First Lady Melania Trump and their son Barron are all currently in Florida, although POTUS was scheduled to return to Washington, D.C. Saturday evening to deliver a speech.

The President has been briefed on the situation, per White House deputy press secretary Hogan Gidley. 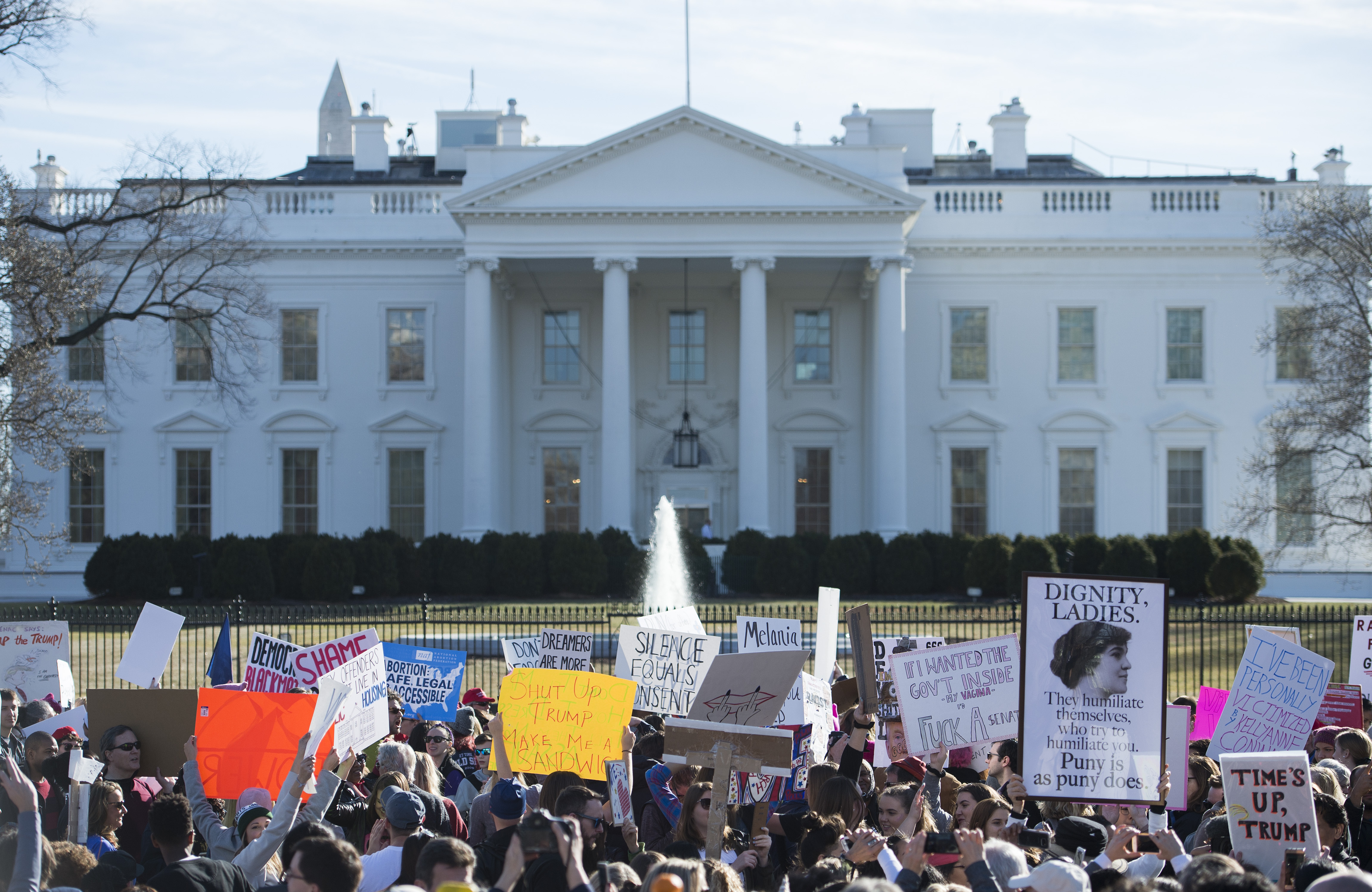 Protesters hold up a sign near the White House following the Women’s March on Washington 2018: March On The Polls! on the National Mall on January 20, 2018 in Washington DC (ANDREW CABALLERO-REYNOLDS/AFP/Getty Images)

Fox News reports that the situation appears to have ended, as Secret Service responders are not carrying rifles.

This is a developing story. The Daily Caller will post updates as new information becomes available.