Former Tennessee head coach Butch Jones will join the Alabama coaching staff as an offensive analyst, according to The Spun.

This move makes next to no sense to me. Nick Saban is arguably the greatest football mind in the history of college football. Jones? Jones will be remembered as a guy who destroyed the once semi-powerful Tennessee program. 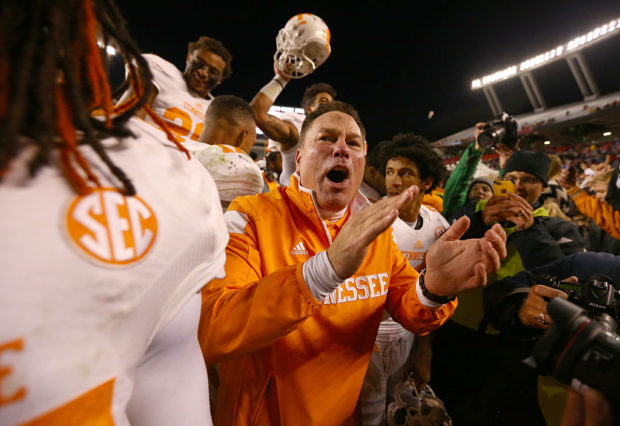 Saban is a genius. I don’t even like Alabama, but the man is a straight up genius. This is not the move of a genius. Hiring Jones is the move of a man who has no idea what is going on. Did Saban lose a bet or something? Did the devil come calling on a deal they made that has to include the former Tennessee coach?

I have no idea what is happening here. It makes less sense to me than how gravity works. Completely mind-boggling move by Saban.