A group of DREAMers held a protest in front of the Democratic National Committee Monday with the aim of criticizing Democrats for not passing a permanent fix to the DREAM Act.

Approximately two dozen activists gathered in the street outside of the DNC early Monday morning with bullhorns and signs criticizing National Democrats for not passing new protections for DREAMers. The protesters then blocked the front doors of the DNC and refused staffers from entering or exiting the building.

“The Democrats party has never been on my side,” another protester said. Another said Democrats left DREAMers “hanging by a thread.”

“I am here today to tell Democrats that they are not my allies and I will continue to fight and show that that I will not collaborate with them until they do something for my community” the protester said before calling Democrats “fake allies.”

“If you won’t let us dream,” protesters chanted, “we won’t let you sleep!”

Some activists dressed in white wigs and held canes signifying that it has been 17 years for any national Democrats to act on DREAMer legislation.

According to a press release sent out about the protest:

DACA recipients and allies dressed up with white wigs, canes, and walkers, staged a sit-in blocking the entrance to the DNC Headquarters to dramatize the 17-year-long wait for Congress to pass the DREAM Act. 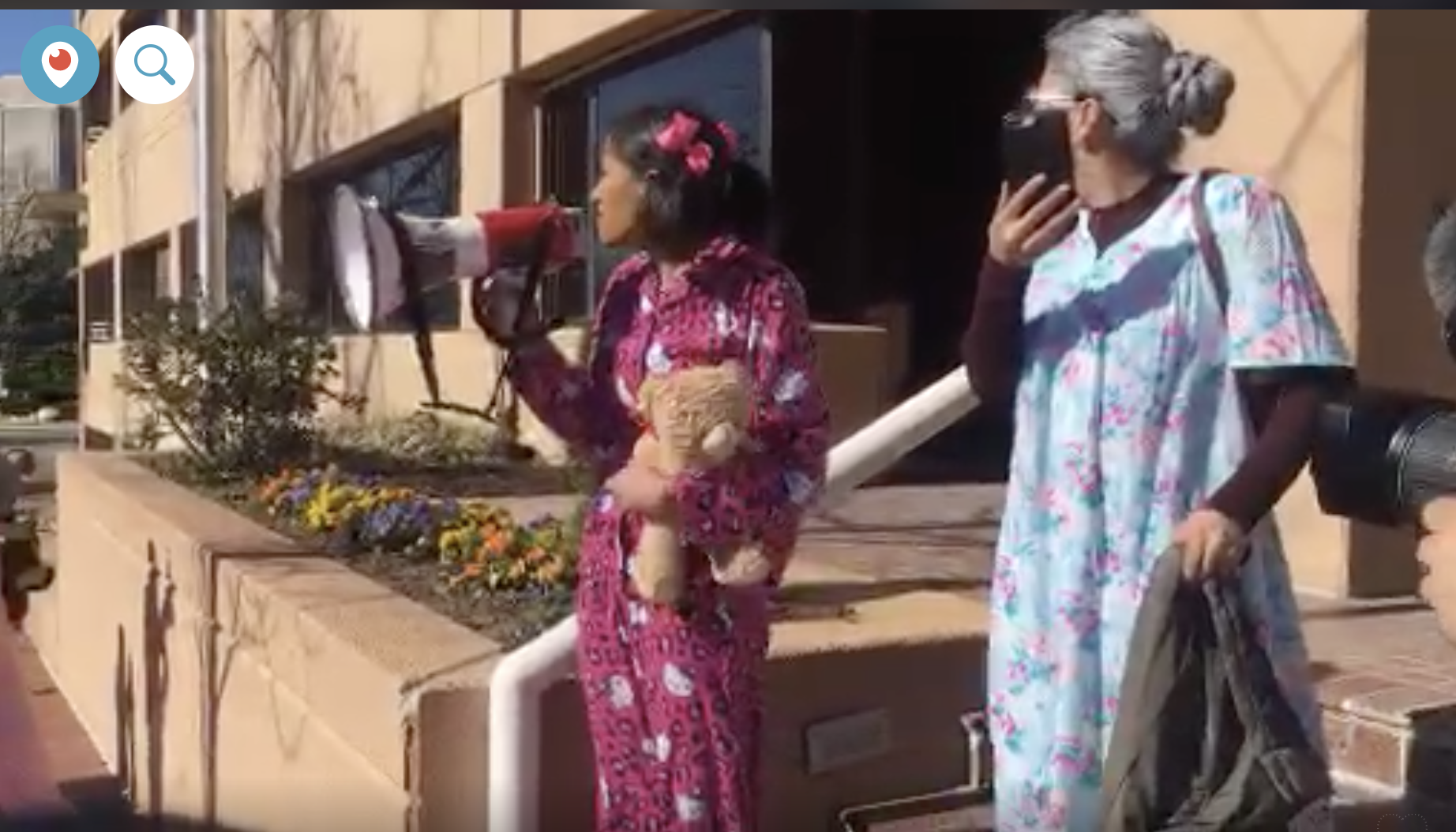 Video showed the protesters and circling the entrance to the DNC on Capitol Hill and staging a sit-in in front of the main doors of the building.