A New York Democrat running for U.S. Congress made inappropriate comments about gold-medal gymnast McKayla Maroney when she was 16 years old on social media.

Suraj Patel, who is challenging Democratic Rep. Carolyn Maloney in the New York primary, posted multiple comments on Facebook about Maroney when she was 16, which even Patel called “creepy.” Patel reportedly invited Maroney to a Topshop and said he was almost arrested, according to The New York Post.

“I told her she should come to New York because we have a top shop there on Broadway, haha, that may have crossed the creepy line by a little,” Patel reportedly wrote to a friend on Facebook, with a picture with the caption, “We went to Top Shop. I bought a promise ring. Then they tried to arrest me.”

The Democratic candidate also defended actor John Stamos, after he was accused of having a sexual relationship with a 17-year-old girl, saying it was “not that bad.” 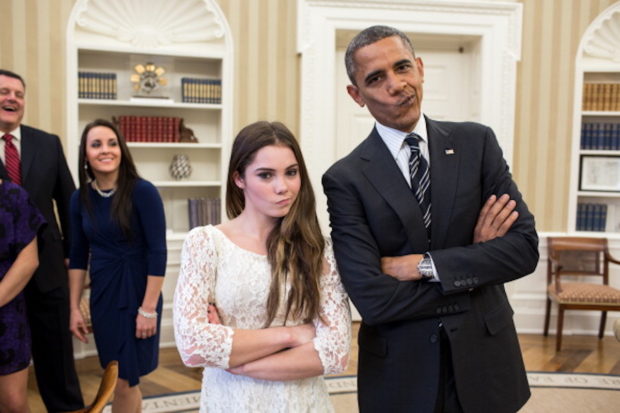 Patel’s campaign did not deny the comments were made by Patel and said “dredging” his old social media posts is a typical establishment politician’s way to discredit newcomers.”

“He’s an outspoken supporter of the national dialogue we are having about sexual abuse and harassment,” the campaign spokeswoman, told The Washington Post. “These efforts to tie years-old comments to it do a great disservice to women. Dredging up one-off old social media posts is a typical establishment politician’s way to discredit newcomers.”

The report comes as Maroney said she was sexually abused by former Olympic doctor Larry Nassar as a teenager. Nassar was sentenced to up to 175 years in prison for his sexual misconduct and possession of child pornography. Maroney has not yet commented on Patel’s social media posts.