A man has been arrested and faces one charge for stealing the Best Actress Oscar that Frances McDormand received Sunday night at the 90th Academy Awards, according to Deadline Monday.

Authorities with the Los Angeles Police Department confirmed to the outlet that Terry Bryant–age 47– was taken into custody around 11:50 p.m. Sunday night and taken to the Hollywood Division station. 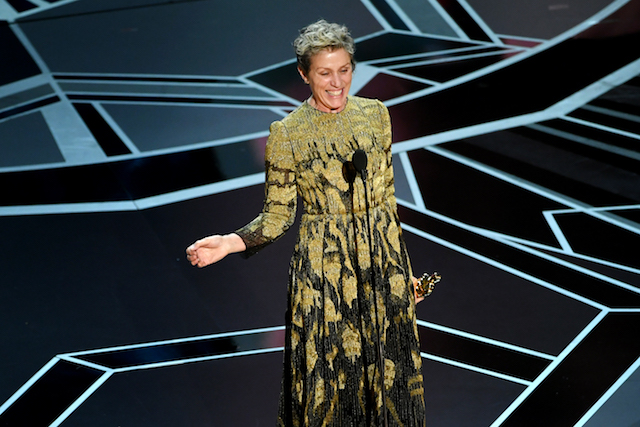 He faces a felony charge of grand theft for allegedly swiping the statuette during the Governor’s Ball after-party at the Ray Dolby ballroom.

Bryant reportedly had a ticket to the event.

According to TMZ, the suspect made a video of himself just before he was arrested. In the clip, he can be seen congratulating himself on his work and then kissing the award.

McDormand was awarded the honor at this year’s Oscars for her performance in the movie “Three Billboards Outside Ebbing, Missouri.”

A representative for the actress told USA Today, she and her award had been “happily reunited.”

“Fran and Oscar are happily reunited and are enjoying an In-N-Out burger together,” Simon Halls said in an email to the outlet.