Bill Cosby’s defense team cited the #MeToo campaign several times during a pre-trial hearing Tuesday to combat the prosecution’s desire to allow more accusers to testify, according to Deadline.

“The purpose and obvious effect would just be to enrage the jury, this time with more prejudicial impact from what goes on outside the courtroom from the Me Too (environment),” the 80-year-old actor’s attorney Becky James explained during a hearing for the comedian’s sexual assault retrial case. 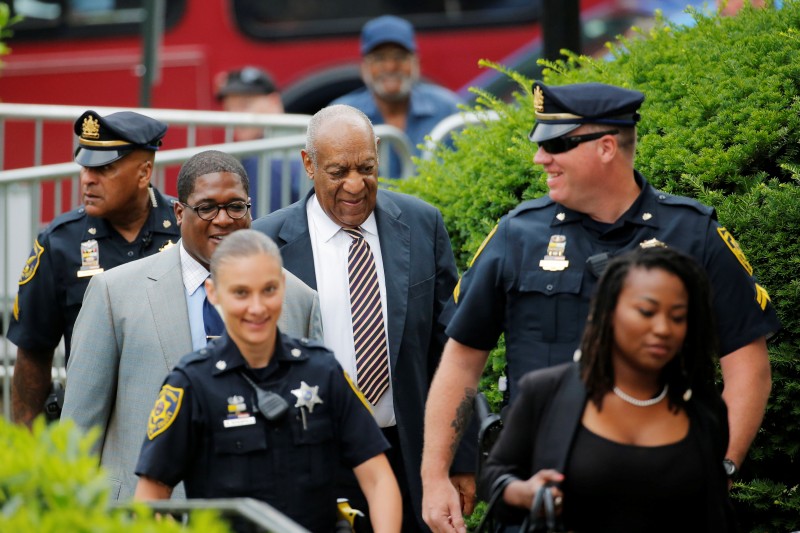 Actor and comedian Bill Cosby (C) arrives for deliberations on the eighth day of his sexual assault trial at the Montgomery County Courthouse in Norristown, Pennsylvania, U.S., June 14, 2017. REUTERS/Lucas Jackson

“They are more prejudicial because of the environment today,” she added, calling stories from other accusers last year “ancient accusations” that would unfairly harm the star even more this year.

Judge Steven O’Neil will wait to make a ruling on whether to allow more accusers.

“There’s no way we’ll get a jury who hasn’t heard these accusations against many celebrities,” O’Neil explained. “Let me stop you before (you get) where you’re going. The actual jurors, or the pool?…You can’t speak to the climate of the 12 people who will decide this case.”

Last year, Cosby went to trial accused of drugging and sexually assaulting Andrea Constand at his Philadelphia home in 2004. The comedian has been accused by dozens of other women of sexual misconduct, but Constand has been the only one to go to trial.

Last June, O’Neil declared a mistrial in the case after the jury remained “deadlocked on all counts” following six days of deliberations.

Jury selection for the retrial is set to begin March 29. Attorneys on both sides discussed the fact that the trial could last anywhere from two weeks to a month.