Were you an early fidget-spinner adopter or late to the party for one of 2017’s biggest crazes? Either way, it’s safe to say most people picked up a fidget spinner of their own last year or at least had the opportunity to try one out. With The Flying Fidget Spinner, you can recapture the joy of fidget spinning by taking it to all new heights with one that goes airborne this time around! 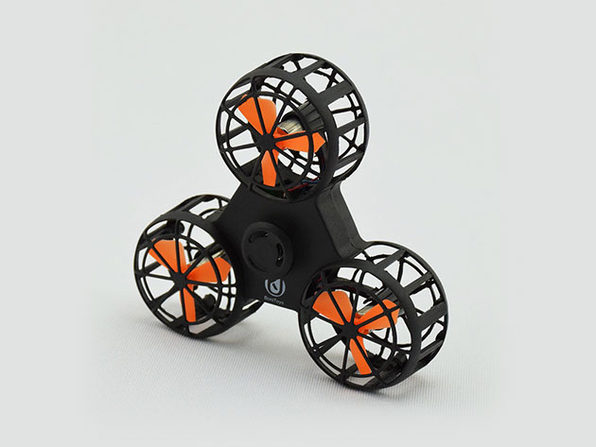 Normally $130, this fidget spinner is 80 percent off

The Flying Fidget Spinner on sale for $24.99

The fidget spinner phenomenon of 2017 grew, in part, because individuals reworked the original design in several different ways. This fidget spinner continues revamping that legacy but with a unique twist. Meaning, the fidget spinner does precisely what the name implies — it flies! Just spin it like you would a standard fidget spinner and let it go to watch it hover, suspended in the air.

Even better, tilting the fidget spinner at slight angles makes it do some impressive feats. These include flying up, down, and sideways while always coming back to you due to the spin force you apply. So, are ready to reach new heights with a flying fidget spinner in 2018?

Pick yours up for just $24.99, 80 percent off the original price, in The Daily Caller Shop.