An heir to a multi-billion dollar opioid fortune recently purchased a $22.5 million Bel-Air mansion, according to a recent report, but he and his family have never publicly donated to any addiction rehabilitation centers.

David Sackler is part of the family that owns Purdue Pharma, the company that manufactures OxyContin and that’s widely blamed for initiating the opioid epidemic. Purdue executives admitted to lying to doctors about OxyContin’s addictiveness and effectively reversed physicians’ fears of prescribing opioids.

OxyContin sales helped the Sacklers accumulate a $13 billion fortune, according to Forbes. None of that money has been publicly donated to rehabilitation centers, but millions have gone to art museums and other nonprofits, previous Daily Caller News Foundation investigations have found.

Meanwhile, David Sackler, who sits on Purdue’s board, spent less than two-tenths of a percent of that fortune on his new Bel-Air home. He bought the mansion in January, according to Zilliow, but TMZ first reported the news Thursday. 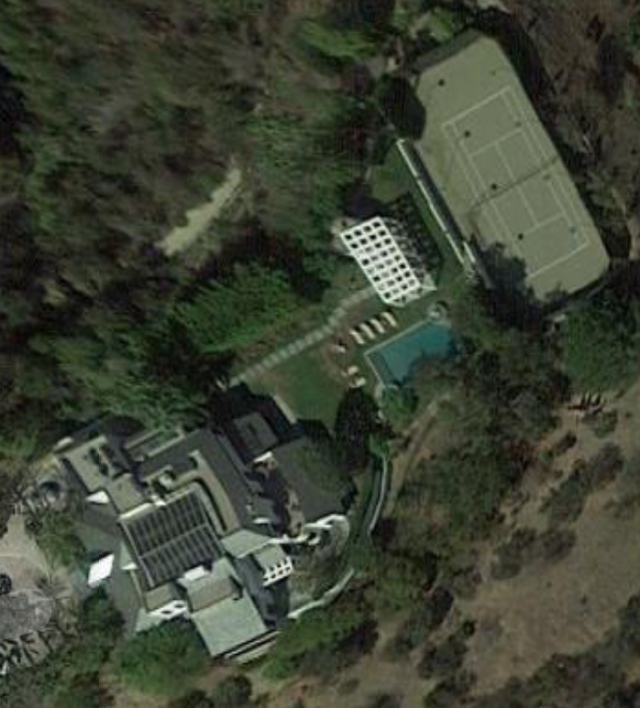 The four-acre, 10,000 square-foot mansion features “a huge two-story atrium with a spiral staircase that leads to a spacious master suite which encompasses almost the entire second floor, with oversized double baths, closets, decks and views galore,” Zillow’s listing shows, along with numerous photos.

“The grounds include a tennis court, pool, pavilion, and covered parking for eight cars,” the listing said. “Breathtaking views in all directions – very private.”

More than 200,000 Americans have died from prescription drug overdoses between 1999 and 2016, according to the Centers for Disease Control and Prevention, but that doesn’t indicate how many are still suffering from addiction. About 80 percent of heroin users began their dependence with prescription opioids, a recent study found.

Additionally, the opioid epidemic has cost the U.S. $1 trillion, according to another recent report.

Sackler is the grandson of one of Purdue’s founders and the son of one of Richard Sackler, who held numerous leadership roles – including chief executive – during OxyContin sales’ heyday. Richard owns a mansion in Austin, Texas.

The Sackler family did not immediately return a request for comment.