If you’ve been watching the news since the horrific tragedy in Parkland, Florida, you’ve probably noticed that there ISN’T a concerted effort from the gun control crowd to standardize their vernacular and make a controlled push to demonize semi-automatic rifles.

Wait, what’s that? The exact opposite of that has happened? Never mind then.

From what we saw, Sen. Richard Blumenthal was the first to use the “weapons of war” term in a public setting, dropping it hours before an interview on CNN back on February 21, the same night of the gun safety town hall.

Congratulations, Dick. There are leaders and then there are followers.

You’re the clearly the former. 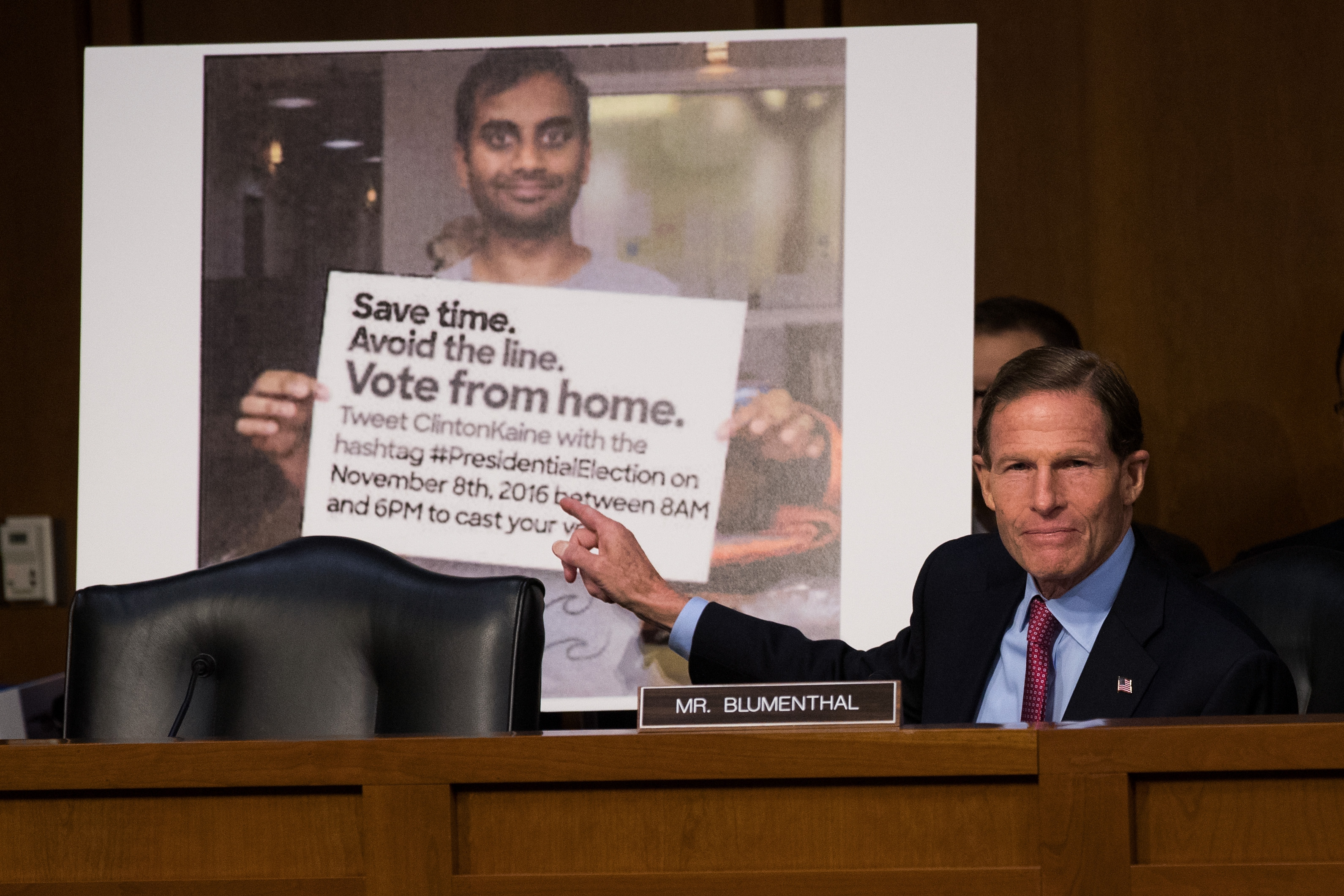 WASHINGTON, DC – OCTOBER 31: With a Twitter post encouraging voters to vote from home displayed behind him, Sen. Richard Blumenthal (D-CT) questions witnesses during a Senate Judiciary Subcommittee on Crime and Terrorism hearing titled ‘Extremist Content and Russian Disinformation Online’ on Capitol Hill, October 31, 2017 in Washington, DC. The committee questioned the tech company representatives about attempts by Russian operatives to spread disinformation and purchase political ads on their platforms, and what efforts the companies plan to use to prevent similar incidents in future elections. (Drew Angerer/Getty Images)