States’ rights rancher Ryan Bundy announced Thursday he will be running for governor of Nevada.

Bundy, whose family was involved in two armed standoffs with federal agents over ownership of public land, said he is running for governor to “preserve” citizens freedom. The announcement comes as U.S. District Judge Gloria Navarro dismissed the Bundy family’s case after federal prosecutors willfully withheld evidence during the 2017 trial.

Bundy is not happy with the job Nevada Gov. Brian Sandoval, a Republican, is doing and does not believe the candidates running would fully protect state rights.

“We will do whatever it takes, and that means whatever it takes,” Bundy told FOX 5 in Las Vegas. “If running for governor is what it takes to preserve our freedom, well then that’s part of it.” (RELATED: Bundy Case Dismissed, Judge Orders Rancher Released) 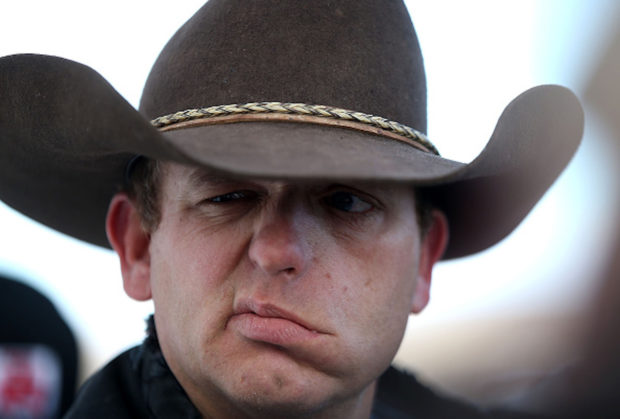 Ryan Bundy, a member of an anti-government militia, speaks to members of the media in front of the Malheur National Wildlife Refuge Headquarters on January 6, 2016 near Burns, Oregon. (Photo by Justin Sullivan/Getty Images)

Bundy was involved in a standoff in 2014 with Bureau of Land Management officers in Nevada on the ranch of his father, Cliven Bundy. The other standoff took place in 2016 at the Malheur National Wildlife Refuge in Oregon. (RELATED: Ryan Bundy Speaks: The Bureau Of Land Management Is ‘Illegitimate’ And ‘Unconstitutional’)

Bundy said plans on filing his paperwork for the election by Wednesday in Las Vegas before campaigning across the state.